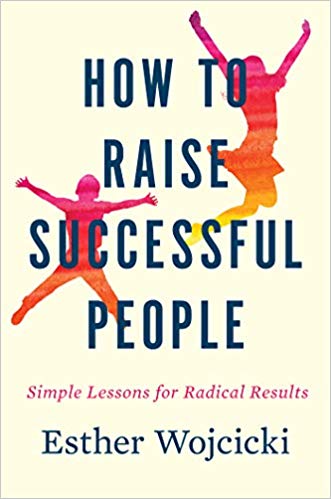 There is a plethora of parenting books in the market. While it is wonderful to have so many resources and perspectives available for our perusal, it is also very confusing as experts differ and disagree on their approaches to what has often been called the hardest job on earth. At the end of the day, we parent according to our instincts and personalities. We follow advice which relates to our confirmation bias. We raise our kids according to what feels right to us.

Esther Wojcicki’s book, How to Raise Successful People published in May this year piqued my interest and I picked up a copy. The subheading – “Simple Lessons for Radical results” really reeled me into reading this book. I can deal with ‘simple’ especially if it can bring in ‘radical’ results!

Esther Wojcicki also known as Woj is the mother of three successful daughters; Susan is the CEO of You Tube, Janet is a professor of pediatrics at the University of California-San Francisco and Anne is the co-founder and CEO of 23andMe. These girls have followed their passions and thought for themselves. They know how to be proactive, determined and disciplined individuals. They have seen success in a largely male dominated world of technology.

Esther is also the founder of the Palo Alto High School Media Arts Program in Palo Alto, CA where she has taught journalism to high school students for more than thirty six years. She has been an award winning teacher and a consultant to the U.S Department of Education, Carnegie Foundation for Advancement of Teaching, GoogleEdu, and Time Magazine Education.

The Main Message of How to Raise Successful People

The main message of the book is to treat children as mini adults. The home should run more like a democracy than a dictatorship. Ideas should be discussed and opinions should be valued even if they are not agreed upon by the parents. Elders should not just rule from a place of authority but also listen to their kids and realize that it is a “two-way street” for learning. Rather than telling your kids what to do all the time, you have to give them choices so that they can learn the art of decision-making.

Woj is also telling Americans to stop hovering around as anxious helicopter parents. The children, even as young as eight or nine can shop for school supplies, bike around the neighborhood, sell lemonade and manage their earnings. She talks about growing up with an older brother who was “pampered to the point of paralysis” and how all that parental devotion can limit your kids from being independent.

The titles of the chapters in the book are great little nuggets of parental wisdom. They include Trust Yourself, Trust Your Child, Your Child Is Not Your Clone, Don’t Do Anything For Your Children That They Can Do For Themselves, Give Your Child Grit, Don’t Dictate, Collaborate, Children Hear What You Do, Not What You Say, Kindness: Model It. It’s Contagious and Teach your Child To Give a Damn. They also include anecdotes about her girls and grand kids.

According to the author, the acronym T.R.I.C.K. is the key to raising happy and successful kids who maximize their passion and potential and grow up to be self-driven adults who are not looking to their parents for back up.

T is for Trust: Wojcicki says that we have to stop being afraid as parents as our kids can sense that fear and imbibe it. We have to trust our kids and believe in them so that they can believe in themselves.

R is for Respect: As parents we have to respect the individuality of our kids. “This is the exact opposite of telling kids who to be, what profession to pursue, what their life should look like: It’s supporting them as they identify and pursue their own goals.”

I is for Independence: The earlier the children learn to be responsible and self-reliant, the better it is for them. Independence is based on the foundation of trust and respect and it fosters “skills to innovate and think creatively”

C is for Collaboration: Woj says that working together is a must. Children should be encouraged to “contribute to discussions” and parents and kids should work together to find solutions.

K is for Kindness: It is really important to teach kids to be kind to one another. They should realize that “real Kindness involves gratitude and forgiveness, service toward others and an awareness of the world outside yourself.”

TRICK is not only a guideline for parenting, it can also be incorporated into teaching and business to bring out the best in students and employees. It is only when other people’s ideas are considered that true team work and success can be achieved. This model has been followed by companies like Gap, Google. Deloitte, Panera Bread among others.

My Thoughts and Takeaways From the Book

I agree with a lot of ideas put forth by Woj in this book. We are crippling our children by being helicopter parents. The parental anxiety is at an all-time high and she is rightfully telling us to relax and let go a little bit.

I support the idea of learning from your kids. I have learnt important lessons by observing my children and listening to what they have to say. I am amazed by how they have different personalities and distinct points of view. My teenagers don’t run my household, they know that some rules are non-negotiable but they also know that they can run their ideas by me.

My children can choose their own extra-curricular activities at school. I am not a tiger mom who will force them to take AP courses or play an instrument or join sports if they do not have the innate desire and drive to do so. I love them for who they are so that they can have the confidence to bloom into whoever they want to be. Like Esther, I don’t believe that we spoil our children if we spare the rod.

However, what made me ponder is the definition of ‘success’ in our society. Is success determined by fame and power? Do you have to be an entrepreneur or a doctor to be considered that you have made it in life? I will be proud of my children if they grow up to be a social worker or a kindergarten teacher. Maya Angelou has rightly said, “Success is liking yourself, liking what you do, and liking how you do it.”

The next question which befuddled me was how much credit can parents take for the success of their children? Sometimes, good parents can have children who are not contributing productively to the world. How much is nature and how much is nurture responsible for your success? There are several other external factors which contribute to our life’s path. In Susan’s case it certainly helped that she rented her garage in Menlo Park, California, in 1998 to Sergey Brin and Larry Page who were the founders of Google. The next year she joined Google as its 16th employee.

It is interesting that Woj mentions her husband Stanley Wojcicki, professor emeritus of physics at Stanford very briefly in the book. So, we never get to know how he influenced his daughters and what he brought to the table as far as parenting is concerned.

It was also eye opening for me to read about Woj’s childhood with orthodox Jewish immigrant parents who belonged to a patriarchal mindset and her dad openly told her that her brother was more important to them than she was. Woj says that she would not “repeat the mistakes” of her parents. This is a great lesson to learn, to discontinue the cycle of dysfunction we may have seen in our own families growing up.

There are many more thoughts about this book… but I would love to hear from the readers what they think of Esther Wojcicki’s TRICK method of parenting. What are your takeaways and thoughts on the book? 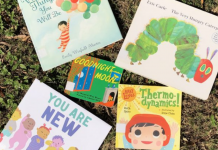 Headed to a Baby Shower? Take One of These Books! 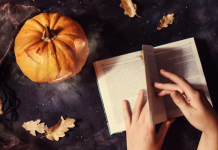