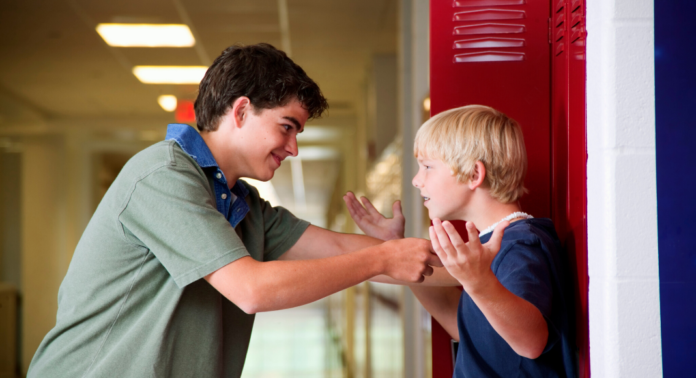 Wow! I can’t believe we’ve come to the last installment of this bullying series. Over the course of the last two weeks, I have endeavored to differentiate between bullying and conflict/confrontation, explore how a culture of acceptance is created, and explain the socio-cognitive behavioral patterns of bullying.

This last and final week, I will attempt to break down the relationship between the bully and their chosen victim and what parents and school personnel can do to change the narrative.

What Bullying is and What it Is Not 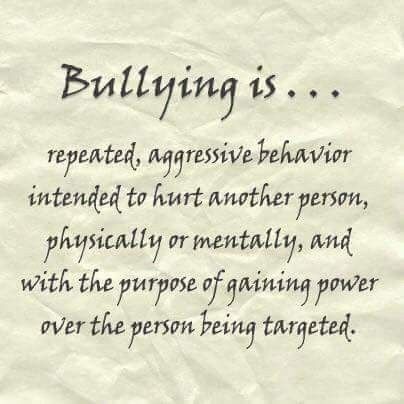 Based on all my research, bullies are usually a product of their natural socio-cognitive makeup and their environment. Meaning, they are naturally aggressive and lack the ability to read and navigate social ques. If reared in violent, aggressive, and neglected environments; young people will and often become the stereotypical bully.

There is an inherent need to separate ourselves from what is considered unacceptable behavior, practices, ideas, and/or people. Most of us are not willing to be associated with people, places, things, and/or ideas not deemed normal in the eyes of the majority. The sociological term for this phenomenon is called otherness.

We may not know when we do this… othering, but those who are designated as others certainly know it and how they deal with this knowledge determines if they are the bully of the bullied.

Birds of a feather flock together.

First of all, allow me a few lines to define what “otherness” is. Otherness is a sociological term used to explain how the majority/minority construct is created. The idea is very simple. If a person, place, thing, or idea is different from what the majority deems normal, it is assigned the value of “other”. Being valued as “other” places that person, place, thing, or idea in the position of being less than, different, the opposite of acceptable.

Now that we have a baseline understanding of what otherness is, I want to tell you guys an interesting story. It’s important you stay focused, don’t get lost in the sauce, and pay close attention. Ready? 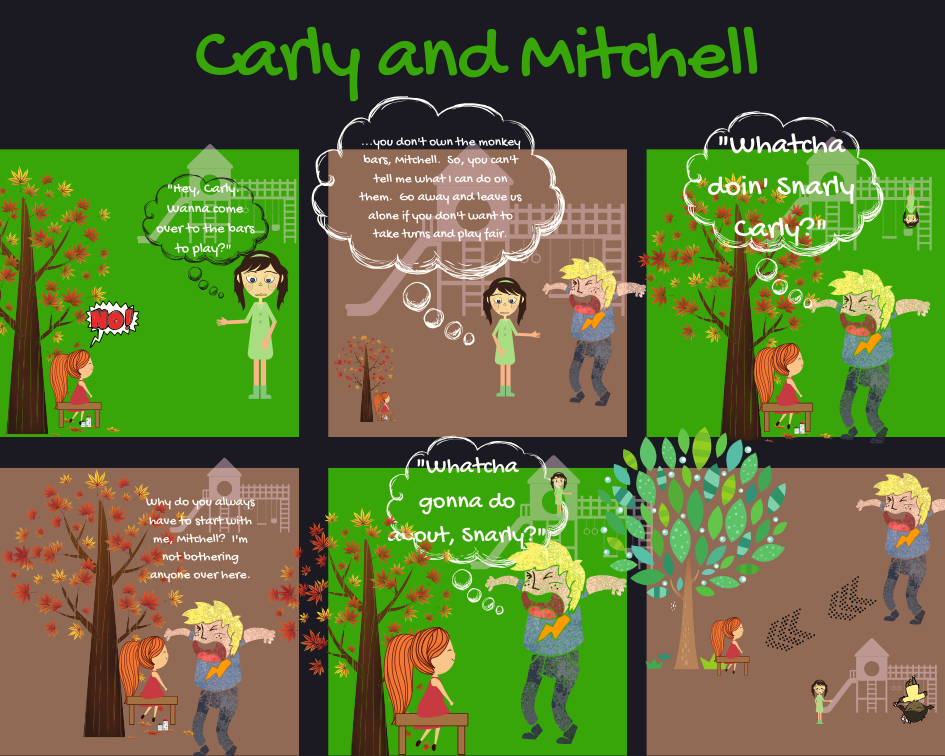 From the top left to the bottom right; number the boxes 1-6.  I’ll explain briefly what’s happening in each.

What’s going on between Carly and Mitchell? When invited to play, she had one word for the little girl; however, when the known bully approaches her she engages in a full-blown conversation. Why? What kind of relationship could exist between the bully and the victim?

Note: This is article is not meant to victim-blame.

I know… it seems I’m all over the place with this article, but I’ll remind you I asked you to pay attention and stay focused. We’re talking about the complicated and often overlooked relationship between bullies and their victims.

Most people have heard the term, symbiotic. Even if they don’t remember exactly what it means, they’ve heard it. Simply put, symbiotic relationships are those where one or both parties are benefiting from the relationship.

There are three types of symbiosis. I’m not going to bore you and tell you about all of them, but I do want to point out that the relationship between bullies and their victims is one of mutualism. Yes, both the bully and the victim are benefiting from their relationship. Remember I asked you not to get lost in the sauce…stay focused and pay attention. Keep reading. Trust me, It’ll make sense in the end.

Let’s go back to the term, otherness. This term is really just another exploration of the fourth mutable universal law of polarity. In its simplest definition, this law states nothing can exist without the existence of its opposite. There is no good without bad. No them without us. Someone has to be the other… the unacceptable, if there is to be an acceptable equal.

Bullies and their victims often fall into the same category of other. Unacceptable. Unequal. Because they are lumped together as others, they play a mutual role in each others’ social lives. The bully can only exist if there is someone who accepts his bullying as normal. But who would be accepting of such horrible behavior as normal? 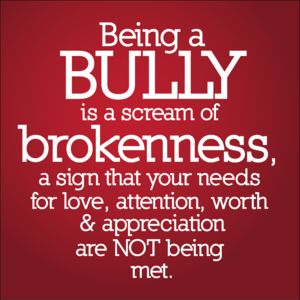 In a study led by Clayton Cook, Ph.D. out of the University of Washington, it appears both bullies and their victims share certain character traits. These traits are not socially accepted by the majority; therefore, they are designated as traits belonging to the others.

The one noticeable difference between the two poles is the bully is more likely to externalize their aggressive behaviors, while the victim will likely internalize theirs.

Symbiosis, the fourth universal law of polarity, otherness… all of these terms are one-in-the-same. They can all be used to explain what the bully and the bullied give and receive within their macabre dance. Because they are both alienated from their peers, “…they may be seeking each other for social contact—just because no one else will.” Marano notes in her article on Psychology Today.

Victims are victims because they allow themselves to be.

In a high school creative writing class I taught, we were preparing for a memoir unit. I remember instructing the students to dig deep into their locked mental closets and pull something out of hiding–something that made them feel like a victim.

One of the young girls raised her hand as asked (this is not verbatim, but roughly paraphrased), “How can something make you feel like a victim. You’re either a victim or you’re not.” She was such a smart girl, but completely unprepared for my response. I looked her in her pretty, green eyes and spoke as clearly as I could when giving my answer.

“Nothing and no one can make another person a victim outside of themselves. If you are a victim, it is because you have allowed yourself to become one.”

Victims are only victims if they choose to be. Pay attention and stay focused. Have you ever asked yourself what is the difference between a victim and a survivor? No? This is where we start to impact the narrative of bullying and victimization in our schools, homes, and communities. 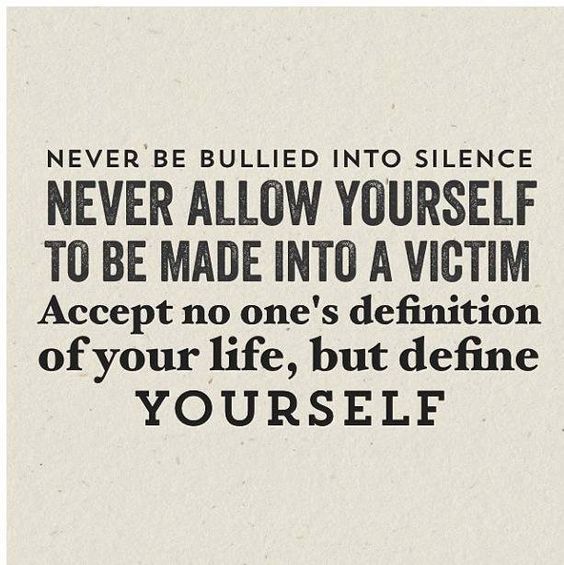 A victim never tells a soul about what’s happening with or to them. They don’t share their pain, they internalize it and adopt negative attitudes about themselves and everyone who won’t’ save them…even though they don’t tell anyone they need saving. Victims are buried under internalized feelings of shame, guilt, embarrassment, and blame.

A survivor tells anyone who will listen and can offer assistance. They share their stories and their pain in hopes of empowering themselves and others. They understand that what happened, is happening to them is of no fault of their own. They don’t wait for someone to save them, they work hard to save themselves. Survivors are proud, blameless, open, and aware of who is at fault.

6 Ways to I.M.P.A.C.T. the Narrative of Bullying/Victimization in Our Schools and Communities.

Mentor: Remember, both the bully and bullied lack important social skills that would allow them to engage in otherwise healthy social interactions. Providing mentors for any isolated child will only aid that child in gaining valuable social skills needed to avoid becoming a bully and/or being bullied. Mentors need to have strong characters and patient hearts. It is best to pair the children with an adult and a peer.  In this way, they will learn how to recognize healthy child/adult interaction as well as how to interact with their peers in a healthy, non-threatening environment.

Protect: Research shows both bullies and those who are bullied generally come from environments filled with chaos and neglect. They don’t feel safe and have learned to create a sense of safety for themselves by being the aggressor or submitting to a more dominant personality. When children feel safe, they are more willing to come out of the shadows and interact with their peers and adults in a healthy, positive way. Remove the isolating effects of otherness from the school and community environment, creating an open invitation for inclusiveness to everyone. Creating safe spaces also allow, what my oldest daughter calls, pockets of order to form. Within these pockets, empathy and inclusion are given room to flourish and grow.

Assess: Take into consideration the intersectionality (the oppression and discrimination resulting from the overlap of an individual’s various social identities) when creating policies, programs, management systems, and disciplinary actions. Assess the needs of the total child; bully and bullied, alike. What are they missing at home? What academic deficiencies are present? How do they interact socially with adults, peers, strangers, animals Considering the whole child as opposed to just the part of the child affected by bullying will allow schools and communities to create more effective and inclusive means of addressing the needs of all involved.

Change: Bullies and bullied are people. People who lack socio-cognitive behavioral patterns. People who have been designated as other, unacceptable. Not equal to those who are included in what is acceptable. Let’s change the adjectives we use to describe their character. Instead of using words such as aggressive, cowardly, brutal, sadistic, and ignorant. Let’s change those words to bold, timid, austere, abandoned, and uninformed. These adjectives describe the true character of bullies and bullied, don’t you agree?

Trust: We often underestimate the value of trusting someone to do or be something. Trust is the cornerstone of self-confidence. Self-esteem. Self-love. And self-awareness. These four attributes are the cornerstone of being a well-adjusted member of society. How can schools and communities build trustworthiness into bullies and bullied children? Assigning small tasks and trusting them to complete it as requested will build confidence. Redirecting some of their austere characteristics into more leadership roles will give them a chance to see themselves in a more positive light. Allowing them to be a reading buddy to a therapy dog, will foster a sense of being loved; thus creating a sense of self-love. Finally, providing opportunities to see characteristics of their personality in different students, will make them more aware of themselves and their behaviors.

Well. This brings me to the end of my bullying series. I know this article is long and somewhat difficult to read, but I hope I have given some food for thought as well as shed a different light on how we approach bullies and those who are bullied.

For more information on preventing bullying in your child’s school and/or community, visit the National Bullying Prevention Centers Website.

How can you I.M.P.A.C.T. bullying in your child’s school and/or within your community? I’d love to hear from you.

Remember, life is a journey and just because you’re wandering doesn’t mean you’re lost. Be brave, be beautiful, and stay enchanting. 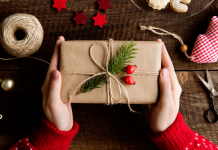 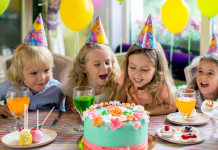 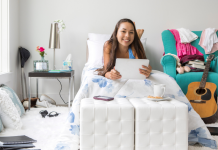