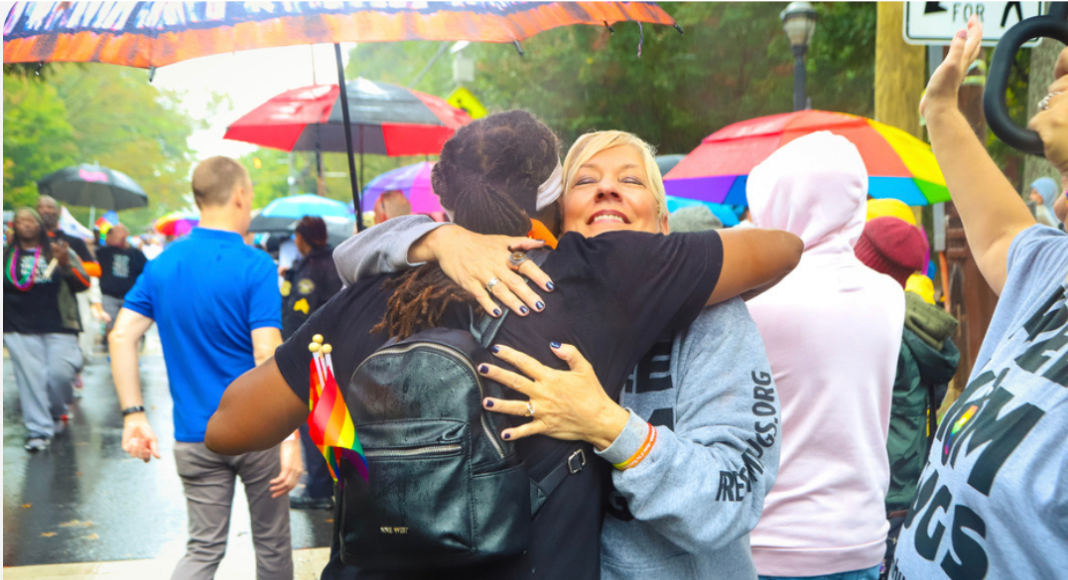 You’ve likely seen the stories and photographs about Free Mom Hugs. Moms and grandmas of all ages attend Pride events, such as Pride Parades, sport identifying t-shirts, and stand ready to embrace anyone needing a reminder that they are accepted and loved. They literally give away free mom hugs.

Why do they do this? Because the LGBTQIA community has historically been rejected and shunned, sometimes by their own mothers. So one mom had an idea to share a bit of simple kindness with those in need.

Sara Cunningham became an advocate of this community through her gay son, Parker. She founded Free Mom Hugs in 2014, and it is now a national movement, with a chapter here in the Midlands. Sara and Parker even included Columbia on their most recent tour.

I confess. I get a bit gaga over heroes. I also kind of despise an actual telephone conversation. But Sara quickly set me at ease. We chatted while she was traveling here, battling through road noise and varied connection issues, just like old friends. Below is our conversation, and I think you’ll find it holds quite a bit of treasure within. 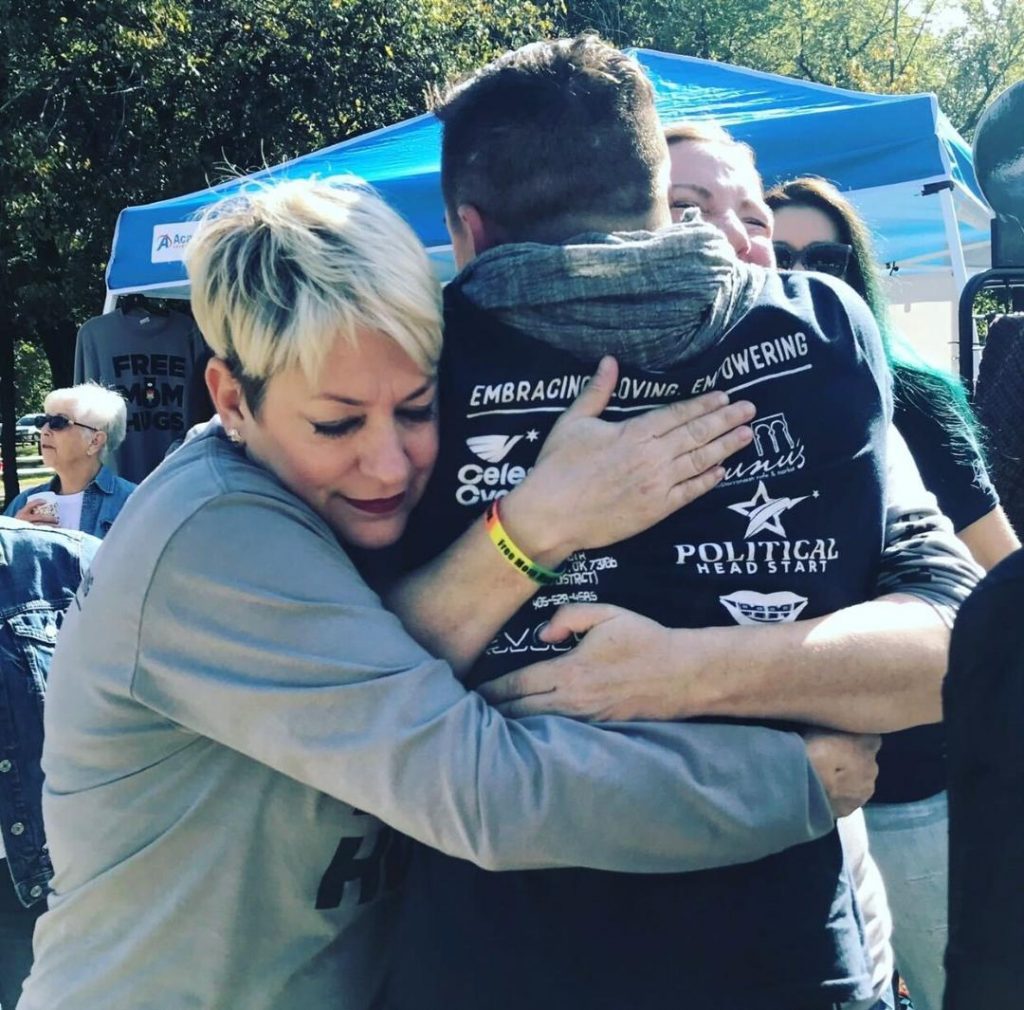 Sara, I have to ask. Before all this, were you a hugger by nature?

How did Free Mom Hugs begin?

It began with a pin that I wore to my first Pride Parade. I offered a hug or a high five to anyone who wanted one. That day one girl told me that she hadn’t been hugged by her mom in four years. That was the beginning of many stories I’d hear.

How do you know when you, and Free Mom Hugs, are making progress? What’s something you see and know is a success?

When I see families together, living authentically and celebrating their children, that is a picture of success for me. I did not first accept that my son was gay. I wondered if there were any other moms like me in conservative Oklahoma. Parker was 21 when he told me that he was gay, and I did not think that I could reconcile my Christian faith and homosexuality. I did lots of research and I found private Facebook groups. I do not want other moms to feel alone. (In addition to families celebrating children), there are legal successes that we are working towards, too.

So this movement is more than hugs…

Yes, we are working to promote visibility and conversations. We meet with faith communities, businesses, schools, and civic groups. We partner with other LGBTQIA non-profits. Right now we are working with the Human Rights Campaign during our tour as they train volunteers on how to advocate for these rights.

Speaking of your tour, tell us about your 2022 “Don’t Hide Your Pride” tour.

This is my and Parker’s second tour together; three if you count the virtual one during covid. We’re visiting eight states and will end in Orlando. There we will attend Disney’s Gay Days and the city’s Rainbow Run. The theme “Don’t Hide Your Pride” is in response to Florida’s “Don’t Say Gay” bill and others like it around the country.

One of our readers wanted to know something. If you had a trans child, which state would you move to? Where would you feel your child(ren) would be most accepted and have the most rights?

You’re from Oklahoma, and you experienced hard things for you and for Parker when he came out. Did that make you want to move out of state?

(Laughs) I used to beg my mother when I was a teenager to move, saying I would not be buried in OK. But my family is here. The weather is enjoyable. The cost of living is nice. I love the people. I love my family and friends.

Another of our readers wanted to know when people are in areas where they feel they have to stay closeted, how do they connect with others in the same situation?

Reach out to us. We have a resource page on our website. Your local chapter will know people to put you in touch with. Also, for children away at college, we have moms in different cities who will reach out for a chat or a coffee meet-up, that kind of support, for those far-away students. We have a list of supportive educators too. We’ve provided care packages.

Sara left me with this message for each of you, dear readers:

Allow your children to show you who they are.

It is the most tender and intimate part of themselves.

Allow them the space and vocabulary to express it. 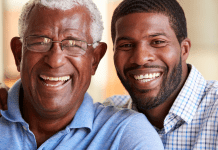