This is Part 2 in the “Homeschool…How?” Series

There are so many educational philosophies and homeschool methods and curriculum out there it is easy to become overwhelmed when deciding how to homeschool your children. I am researching several methods and theories to decide which philosophy is right for our family. Then I’m sharing my research with you in hopes you don’t  lose your mind as much as I have in trying to figure it all out.

Classical education is based upon education models developed by the Greeks and used throughout the middle ages. The basic premise is that a child’s mind develops in three distinct periods or stages. The first is called the Grammar Stage, from what is normally first grade until fourth grade in conventional schools. During the Grammar stage, the focus is on memorization and learning facts, or laying the foundation upon which all future learning will be built. This is time during which a child is taught rules for grammar and math, phonics, foreign language basics, facts from history and stories from literature. All of these things, or rather “facts”, are in preparation for the second stage, Logic.

By fifth grade, a child’s brain becomes more attuned to the “why” of things and begins to question and analyze. Facts alone are not enough, and the child craves to understand the whys and hows of the things he’s been taught. During this stage, the introduction of algebra and logic are common, and teaching the reasons behind the events of history instead of just the dates becomes appropriate.

Combining the knowledge and skills gained in the first two stages, we have the third stage, Rhetoric. Generally coinciding with high school aged children, during the Rhetoric stage the student develops the ability to combine facts learned during the Grammar stage with the logic and reason developed during the Logic stage. The result is the ability to develop his or her own conclusions and opinions, and express them effectively with conviction.

The three stages together are referred to as “the trivium” and it is this trivium, combined with a distinctly language-based learning system, that differentiate the Classical education model from other popular homeschool methodologies.

This post is not by any means an exhaustive look at Classical education; I’ve barely scratched the surface! For more information, please visit this website or take a look at the book “The Well-Trained Mind“. Both are wonderful starting points for further research into Classical education.

In my next installment, I’ll be discussing the very popular Charlotte Mason homeschool method.

Do you have experience with the Classical homeschooling approach? If so, please share your experiences below! 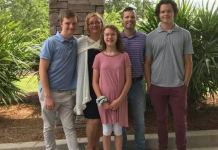 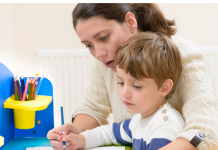 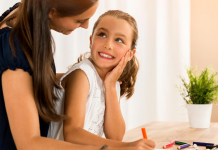 5 Reasons Why I Love Homeschooling My Middle Schooler