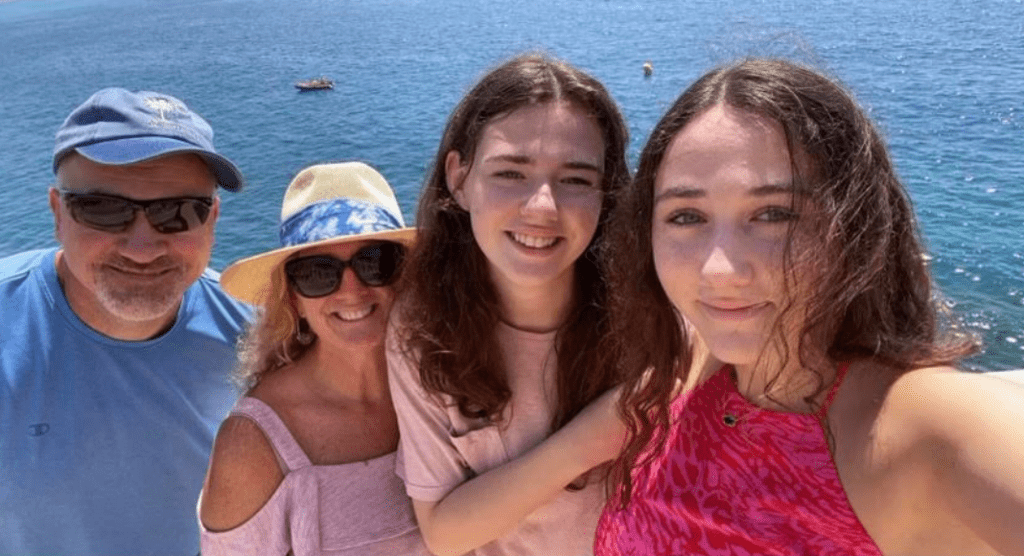 My husband and I recently did something we haven’t done before: we took a fun vacation with our kids.

Don’t get me wrong – we’ve been lucky enough to travel with the girls and haven’t shied away from big, adventurous trips. Extended family beach vacations. A trip to Yellowstone and Montana when they were three and one. Six weeks in Spain when the girls were four and two and my husband, The Professor, was teaching there. A hiking trip to Zion and Bryce National Parks when they were nine and seven. Family weddings. Weekend trips to Greenville. Six months in New Zealand for The Professor’s sabbatical when they were 11 and nine. We’ve traveled with them, but it’s felt a lot like work before.

To paraphrase Claire Dunphy from Modern Family, a mom traveling with her kids isn’t on vacation – she’s on a business trip.

Don’t get me wrong – there were still seemingly thousands of pics posted to Instagram, and Snapchat streaks were preserved (whew!), but we, the adults, were finally able to really relax and enjoy ourselves, too. We had a blast together as a family and made some really fun, special memories. 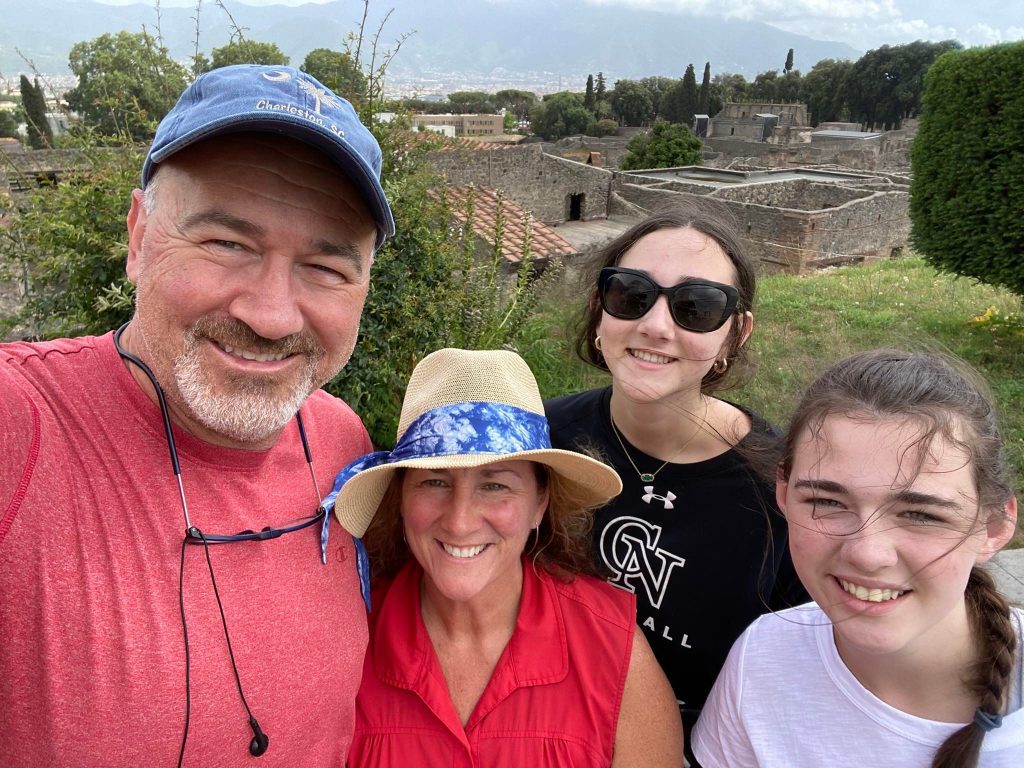 Also, we recognize that these girls (who are in high school) have their own “ideas” and “opinions” and “preferences” – it’s maddening! But by all accounts, they’re actual people, so it’s to be expected. (To be clear, I’m being ironic.) And we do want them to enjoy themselves too, but maybe we’d just prefer it if they enjoyed exactly what we want to do. How boring would that be, though? Harmonious, definitely, but maybe not as interesting.

So on this trip, we let them call some of the shots, which is a little different than what we’ve previously done.

A couple of years ago, The Professor and I read a book called How to be a Family by Dan Kois. He and his wife took their two girls and lived in four different places throughout the world in a year with the intent “to get out of their rut of busyness and distractedness and to see how other families live outside their East Coast parenting bubble.”

One of the places they lived was The Netherlands, where consensus building is important in families – even from a very early age. While they were gone, they were trying to embrace familial and parental customs in each different place, but the compromise and negotiations within the family were frustrating (understandable!), especially as it relates to vacations.

He ends up talking to a Dutch parenting expert, Catharina Haverkamp, telling her that if the kids plan parts of the vacation, they’ll just sit in the hotel room and do nothing. And she says (and this is the whole point of my sharing all this info with you),

“Yet it is their vacation as well, and they often don’t want to spend it the way you do… We are not equal to each other, but we are worth the same.”

The first time I read that I felt like I’d just run full speed ahead into a brick wall.

One summer, the last summer before the world shut down (even before we’d read this book), we went back to New Zealand. The girls wanted to lie in their beds and watch YouTube videos and the adults were frustrated. I wasn’t so enlightened that I thought what they wanted to do was as important or valuable as we wanted (and I’m not proud of that), but it did occur to me that that summer, they were out of school for a week (filled with doctor’s appointments, though) and then they’d gone to camp for three weeks, had two days at home, gone to the grandparents’ for a prolonged Fourth of July celebration, had a week at home where they worked at a camp, and then had another week at the beach with 30 of their cousins. Three days after we got home from that trip we left for New Zealand. So maybe, just maybe, they were tired? Makes sense, though we were still in the camp of trying to get the very most out of every minute of our vacation.

The next summer, the one where the world did shut down, we were supposed to go to Ireland to celebrate my 50th while the girls were at camp. Well. Camp got canceled. Ireland got canceled. Life got completely rearranged. We managed to find a little resort that was just reopening at about 50% capacity and we went with some of the girls’ camp friends.

While they were off having somewhat normal shenanigans with their friends for the first time in months, The Professor and I were lazing by the pool with a lovely pool attendant bringing us cocktails. We were lamenting Ireland, which was going to be a hectic trip – six locations in seven days and lots of activity. But then The Professor looked over at me and said, “you know, this just relaxing is actually kind of nice, too.”

And then we read the book, and it all kind of clicked into place for us. 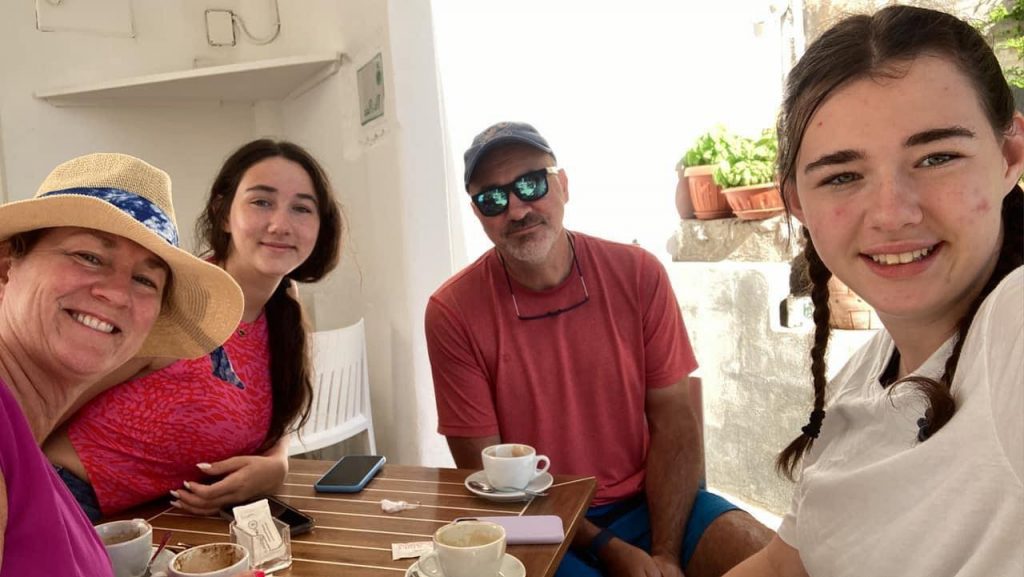 Now we believe that it is their vacation, too. We slow down. We ask the girls what sounds fun to them. And we have more fun together as a family when we’re away, which is pretty impressive for a family with two teenage girls.

This latest vacation was a two-week trip to Europe with 11 of us together for one week, and then six of us for another week. And it was great. And it was crowded. And it was long. We’d declared a couple of activities mandatory, but there were some things we let them skip out on – if they felt like coming with us, we’d love to have them, but if they felt like staying back, that was fine, too.

One day, just our immediate family went exploring. The next day, one of our girls stayed back so it was just three of us. Another day, four adults went and had fun while both girls stayed back. On another just-the-four-of-us excursion, after we ate, we opted for a beach club instead of exploring the island we were on. The girls slept and read and swam and The Professor and I did the same. There was a part of me that thought we were doing it wrong – we should be hiking to the top of the island! We should be seeing all there was to see! But also? It was lovely to just lie there and take it easy.

I recognize we’ve been gifted this luxury partly because our kids are older and very independent. We can leave them alone. They (many times) want to do interesting things. They can research places we’re going to visit and see what looks good to them. Have we missed out on some stuff? Of course, we have – we would’ve anyway, though – I don’t know that we’ve ever been anywhere and managed to do every single thing there was to do.

The tradeoff is that our kids also enjoy themselves now (and one thing that definitely hasn’t changed since they became teenagers is that happier kids make everything more fun!). Some of our biggest family laughs have come from times when we’re all together but not really doing much of anything. And that’s kind of great.

So if you can, see what your kids want to do – they just may surprise you and you’ll all have a great time.

How does your family do family vacations? 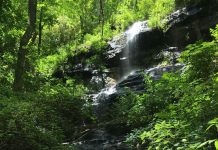 Exploring the Many Waterfalls of the South Carolina Upcountry 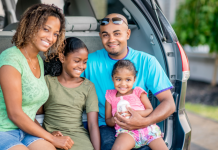 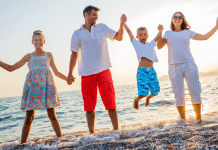 The Other Great South Carolina Beaches for Vacations & Day Trips 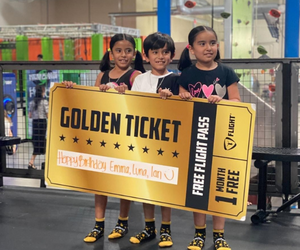