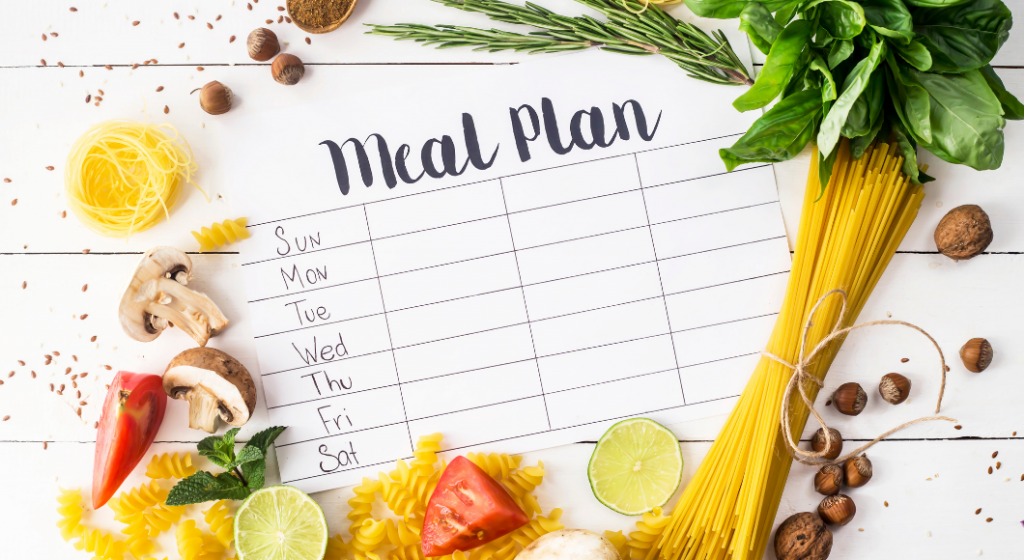 As a busy working mom of three growing kids, meal planning is not just a convenient and efficient way to deal with feeding the masses in our house. It is an absolute imperative for saving my sanity.

All moms hear, “what’s for dinner?” a million times a day. Multiplied among various children, that question’s exponential growth is mind-boggling and mind-numbing. Having a plan, and having it in a visible place in our home, cuts those questions down – at least a bit. However, even the most convenient and efficient system has its downfalls.

I find myself falling into a rut that is exacerbated by (intentional or otherwise) theme nights. Spaghetti Monday, Taco Tuesday, some kind of pork on Thursday, and steak on Friday. While the predictability can be a soothing rhythm in these weird and uncertain times, it can also get monotonous and boring. So, instead of theme nights, once in a while I mix up our routine and have a whole theme week.

For example, around the week of Cinco de Mayo, I did a week of Mexican/Latin inspired cooking, with dishes like enchiladas, tamales, shrimp tacos, and traditional Spanish ham fritters.

Recently, I took a week off of work, and with all that extra time, wanted to make a week’s worth of comfort food.

Here is what my comfort food theme week looked like:

I use the Pioneer Woman’s recipe as a base. Then, I modify it a bit by doing the following:

Now, as pictured, this is what I call Yankee style dumplings that are more like steamed biscuits, and less like noodles. So it’s a more Southern version.

This is a family favorite, and there were zero leftovers!

These are probably not enchiladas in the traditional sense, but they are a tradition in my family. Often after Thanksgiving, my mother turned leftover turkey into pans and pans of delicious turkey enchiladas. For many years, this was turned into a party, and is one of my favorite food memories.

I make my enchiladas with chicken instead of turkey, but either way, they are delicious! This recipe is approximates our family’s version, which is difficult to duplicate because we don’t measure anything anymore. So, you may need to adjust it a bit according to taste/your needs.

In a separate bowl, add the shredded chicken and about 1/3 of the soup mixture. You want enough to coat the chicken, but not so much that the filling will be soupy.

Warm tortillas in microwave for about 30 seconds to make more pliable.

To assemble enchiladas, add a bit of sauce to the bottom of a 9×13 pan, just enough to coat the bottom. Then add a healthy scoop of filling and shredded cheese to the middle of a warmed tortilla, and roll, leaving ends open (do not roll with the ends tucked in like a burrito). Place in pan, seam side down. You should be able to fit 5-6 enchiladas will in a 9×13 pan.

Cover with remaining sour cream/soup mixture and top with cheese.

Bake for about 30 minutes or until cheese is bubbly and starting to brown around the edges.

Let sit for about 5-10 minutes before serving.

Runzas are another traditional food, and are German in origin. There is a fast food restaurant of the same name in the Midwest, although the original dates back much further. Runzas are similar to a British pasty or an Italian calzone, in that it is bread with filling.

The Runzas I made are filled with ground beef and cabbage. I followed this recipe, almost exactly, except that I seasoned the meat mixture a bit more to taste, with some Worchestershire sauce, and other spices from my cabinet.

If you give it a try, I encourage you to season the meat to your liking, also. I admit I am not a big cabbage fan, but the cabbage in Runzas is cooked down and its subtle sweetness pairs well with the deeper flavors of the beef, and the yeastiness of the dough.

This particular week, Thursday was my birthday, and I was determined that if I had to cook, I was going to make something a bit special.

The seared tuna was quickly marinated in a teriyaki sauce and seared in a hot pan until good caramelization was achieved on both sides, leaving the middle rare.

Shrimp fried rice is a quick accompaniment or main dish for the members of my family that don’t care for seared tuna. This particular recipe is one of my favorites, and one of the few that the the introductory paragraphs actually serve some purpose – if this is your first time making fried rice, or if yours has never turned out quite as you expect, I highly recommend reading them before the recipe.

I’ve tried a lot of various store bought pizza crust – already made, dough in a can or in the refrigerator section – and I’ve made my own when I have gone low carb. None of these tastes or holds up as well as using store bought na’an bread as crust.

For the kids, I use toaster na’an, which I find at Walmart or Publix in the deli section. The adults get regular size na’an, which is becoming so widely available that I have seen it at Aldi and Lidl, on occasion.

Just top the na’an with jarred pizza sauce, cheese, and any other toppings you desire. Then bake at 400 degrees for about 10 minutes, and voila! Quick and easy crowd pleasing dinner. It’s also a wonderful kid-friendly activity for sleepovers and birthday parties.

I used to buy a box mix for beer bread, but I thought I’d see if I could make it from scratch. Let me tell you, it is the easiest thing ever! No more box mixes for me.

This recipe whips up in a snap – so much so that I made a second batch after seeing how fast the first whipped up, and got them in the oven at the same time. I used Blue Moon beer, because it is what I had on hand, but really any beer will do, and unless it is very dark or strong shouldn’t really affect the flavor.

If you are in a meal planning rut, I highly encourage you to try a theme week. Whether you base it on a particular cuisine, like Mexican or Latin cooking, or around a particular protein (have a ton of chicken in your freezer that needs to be used up?), or make a week of similarly comfort food themed meals that make your heart and stomach happy, it can be just what your family and pantry needs to feel refreshed a bit before returning to the usual meals in your meal planning rotation.

What are some of your favorite recipes? Share with us! 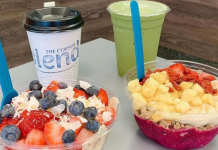 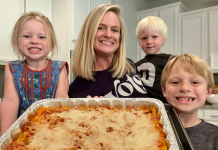 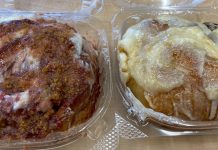