I LOVE Baby Led Weaning. While there is nothing wrong with traditional weaning, it just wasn’t for us. I never liked spoon feeding babies, and I am really not interested in buying jars of baby food or blending up my own.

A general overview of Baby Led Weaning (BLW) is that babies will start solids around 6 months or later, only after baby can sit up unassisted and shows interest in food. Solids, in this case, are not considered purees but regular food like you and I eat. 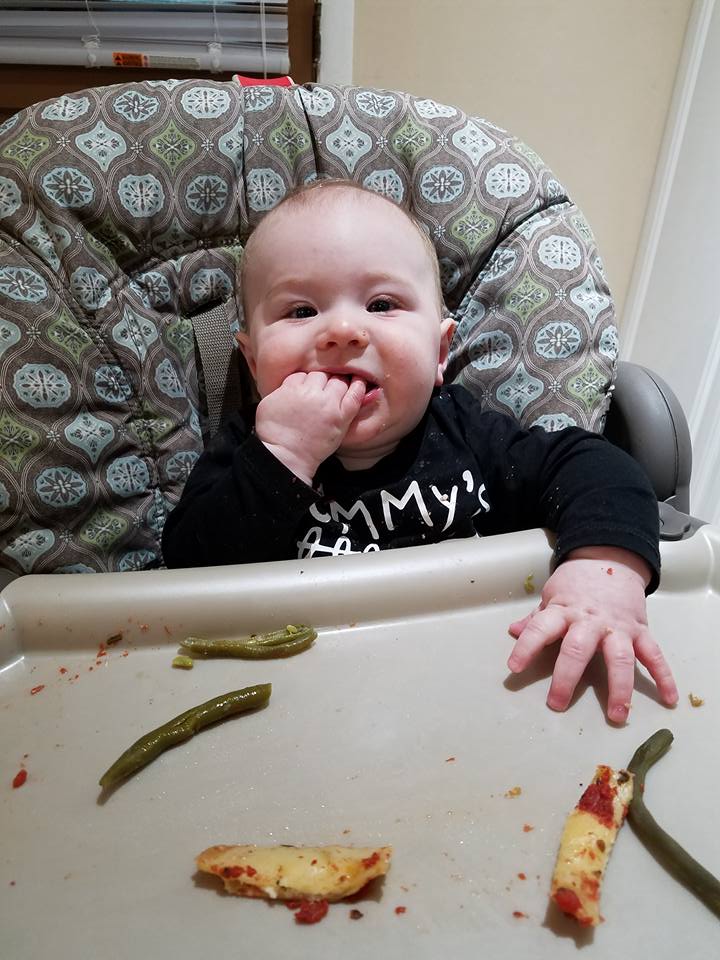 Starting with purees and then giving baby solids is NOT BLW. I see people say they are doing this and will refer to it as BLW. That’s actually just traditional weaning. BLW professionals will suggest that if you start out with purees, to continue down that route OR take a break for a few weeks before starting BLW.

When you start with pureed baby food, you are teaching baby to swallow their food first. With BLW, they learn to chew first, which can drastically reduce choking risks (despite what people think).

If you want to start BLW but worry about your baby choking, I highly suggest doing what I did and going to YouTube and searching “BLW choking vs. gagging”. The two often get confused but are very similar. Gagging is normal with this process because young babies have a gag reflex that is much further forward in their mouth than ours. So as they are testing out new foods and moving them around in their mouths, they will very likely gag a few times. Just remember, if they are choking for real they won’t be making any sounds. When they are gagging usually you will hear them gagging.

If gagging happens, sit on your hands! Try your best not to intervene. If you stick your finger in their mouth, you are more likely to push the food further back and cause actual choking. Make sure you’re comfortable with the baby Heimlich just in case, and know the difference between choking and gagging. Don’t let your baby know that you’re freaked out when they gag. To combat this, I would always encourage my son “good job buddy!” when he was gagging, as crazy as it sounds. That way he wouldn’t think I was panicking or that something he was doing was wrong. He was just learning to chew!

When you’re making dinner, don’t add any salt until after you dish up baby’s plate. The only rules are: No added salt, and no honey. Anything else is fair game (unless your family is prone to certain allergies that you need to monitor).

Cut the food into finger sized pieces to make it easy to grasp. For slippery foods like avocado, you can coat them in cheerio dust, flax seed, or something similar for easier gripping.

My son’s first foods consisted of asparagus, pork chops, toast, and salmon to name a few. He didn’t get teeth until he was 11 months old and he ate like a champ despite that!

At first, they will take some time to explore the food and figure out what to do with it. Don’t be surprised if most of it ends up in their lap/bib/the floor. That’s OK! I would suggest bottle or breastfeeding your child before meal times anyway, as solids shouldn’t be the main source of nutrition for a while still. You can offer a sippy cup with 2oz water in it with meals, but the recommendation is that they don’t get more than 2oz per meal at 6 months. They usually won’t drink everything you give them anyway! 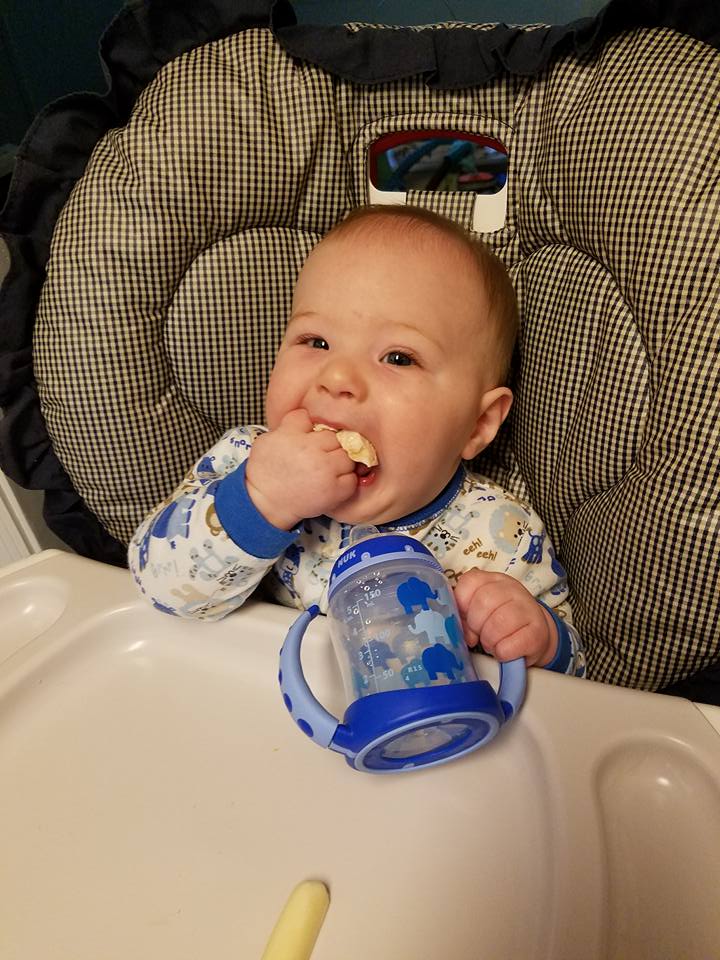 I let my son try out baby food pouches, and we did use purees from time to time, but I never spoon fed him. Sometimes I would mix purees into baby oatmeal and give him the spoon, and other times I took the purees and spread them over toast or used them as a dip. 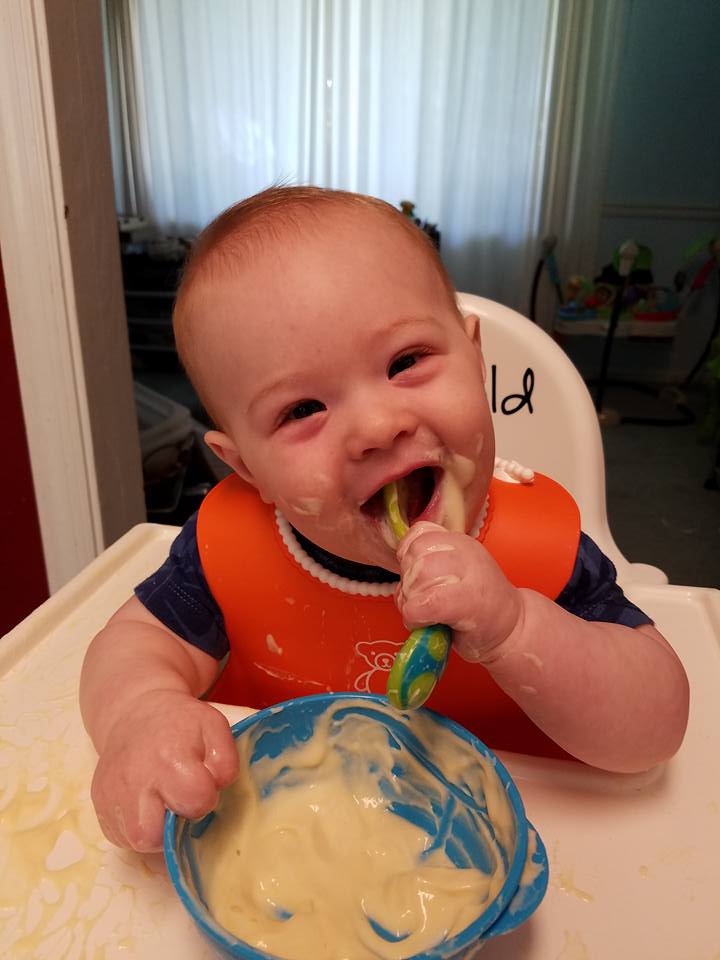 The best part of Baby Led Weaning is how easy it is. Baby will just eat what you eat! It sets them up for good eating habits later, and you don’t have to sit and spoon feed them because they feed themselves! It’s also incredible for fine motor skill practice.

No matter what route you take in feeding your baby, one day they will become a 3-year-old with ridiculously aggravating food preferences … so try not to stress too much over it!

If you have any specific questions, please ask! I’m happy to answer anything I can that I may have missed or forgotten. There are also plenty of informative Facebook groups and blog posts on the subject! 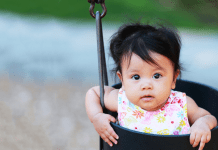 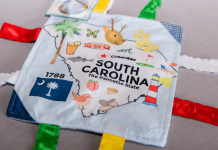 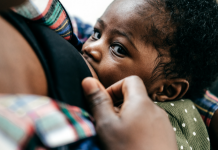