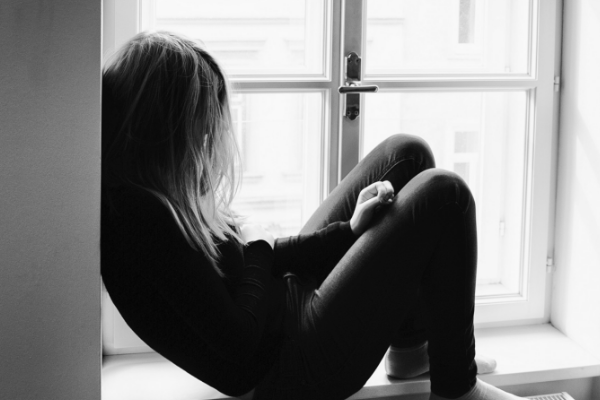 Last week was Mental Health Awareness Week with Wednesday, Oct. 10 as World Mental Health Day. There is a stigma still in today’s society when it comes to mental health. I purposely wanted this to be posted after last week because mental health awareness is relevant every.single.day. Not just during a specific week. And, I wanted to share a little of my story. It’s still not easy to talk about.

There a new show called A Million Little Things about friends who realize they really don’t know each other after one of them unexpectedly commits suicide. If you think about it, this is so true sometimes. Only recently have I started to let people in on how I really am sometimes.

For the most part, from the outside looking in, people think I’m a social butterfly – I’m always having fun and going out and doing things. The thing is, I have finally come to a point in my life where I’m comfortable with who I am and do what I want regardless of thinking about if or how other people are going to judge me. I’ve also stopped relying on expecting other people to magically make things better for me. I’m in charge of my own happiness.

I have three beautiful children. After I had my each of them, I had more than the “baby blues.” With my first child, I had an irrational fear of taking my baby out for a walk outside in the neighborhood because I thought someone would jump out and snatch her (buckled to her car seat?!?!). I also thought life for the next 18 years plus was OVER. I didn’t think I’d ever go out again. Similar feelings occurred with my second child (as I had two under two) and I really thought we’d never leave the house after that.

Five years later, with an unexpected third child, those same feelings came back even though I was prescribed medication. I just started a new job when I found out I was pregnant this time around. We had also gotten to a point where our first two were older and it was so much easier to go out and do things.

I was prescribed an anti-depressant as two under two gave me a short fuse and caused anxiety. These were the years when I was also worried about being the perfect mom/wife/employee/fill in the blank. I tried to keep up with what everyone else was doing because that’s what I thought was expected in life.

Through the years, my postpartum depression just became depression and anxiety. Talking to my doctor and being on medication helped. Re-evaluating my medication every so often helped as well as sometimes after a while, I felt like on a certain medication, I would just go through the motions of life, but not feel the highs and lows. When this happened, we would switch and try something new. Sometimes, change for the sake of change is a good thing too.

I do want to stress that while medication helps, I’m a firm believer that it shouldn’t be the only thing expected to help with mental health. At least in my case, self-care is also super important.

From my experiences, I have found I like to be busy with my schedule or else my mood starts to get low. I have also learned that exercise for me is a huge stress reliever. I hated running. You couldn’t pay me to run in high school. I didn’t run my first race until after my second child was born. Even after that race, I swore I would never run again, much less run another race.

Well, I ate those words. I’ve run several distances from 5Ks to half marathons to doing a Spartan Race. There are times when I get busy and don’t run or workout. Most recently though, I’ve been running for a consistent six months at least twice a week and have found that I’m at a better place mentally since doing this. When my anxiety is really bad, I find that running helps the most and I can just jam out to some tunes and run. After my run, I feel so much better. One of my friends called it active mediation and I totally agree.

For me, self-care also means finding out who I am, not who people expect me to be. It wasn’t until after my third child that I went through a leadership program and enjoyed every single minute of it. It taught me a lot about myself that I didn’t know. I found out that I love doing new things in Columbia, helping out in the community and pushing outside of my comfort zone.

It means that I have accepted the fact that I’m not that “soccer parent” and that my husband is much better at that role than I am. I enjoy working outside of the home, even though I love my kids dearly.

I like meeting new people and hanging out with friends who aren’t married or moms living the same life as I do. I like going out and doing things with different groups of people or having alone time to read by myself. I like taking pictures of my food and taking selfies even if I may or may not be a millennial (I was born in 1980 so I’m one of those in-betweeners. What happened to Gen Y?) I just recently dyed my hair blonde like Chloe Kim (who by the way is young enough to be my daughter!)

And most of all, it took me about 37 years, but I love that I enjoy my life and don’t care what other people think.

With all the things in our society today, especially with social media, there’s a lot of pressure to be a certain way or do certain things or agree with the masses. I am very careful to give my honest opinion out there to the world or to complain about every little thing that bothers me.

Yes, my social feeds are going to show mostly the great moments in life, even if I’m going through some low moments. I know other people do the same as well. So again, you may not know your friends as much as you think you may.

Take this thought into consideration and reach out to your friends to make sure they are okay. Not through a mass Facebook status, but perhaps with a phone call or a text. Wish someone a good day just because. And always be nice.

And if you are experiencing anxiety, depression or other mental health conditions, no matter how big or small, please know that you are not alone. Seek help through professionals, your friends or your family. If you need to, you can always contact the National Alliance of Mental Health (NAMI) helpline at 1-800-950-NAMI (6264) or [email protected].

Have you dealt with mental health issues? What helped you? 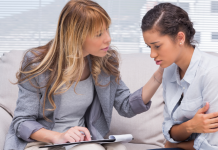 6 Tips to Help You Find the Right Therapist 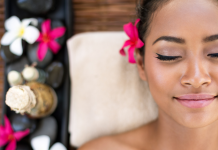 September Is Self-Care Awareness Month: Why Not Schedule a Moms Day Off?