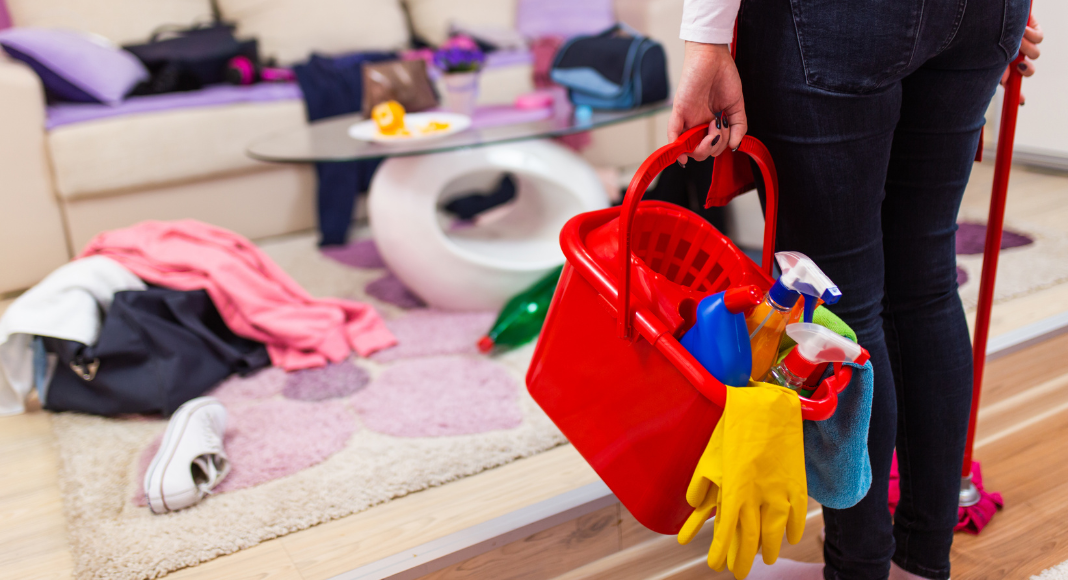 What is amazing about television and books, is how much we are able to see or read about other people’s life experiences. It is a way to remove ourselves from what we know, our own long-held beliefs, and see things through someone else’s eyes.

The book Maid: Hard Work, Low Pay, and a Mother’s Will to Survive, came out a few years ago, followed by its Netflix debut just a few months ago. It tells the true story of Stephanie Land as she navigates motherhood while living in poverty. All she is trying to do is make a better life for herself and her daughter while having the odds stacked against her. Stephanie also tells us of how she is seen and treated by a society that thinks she’s just another drain on American dollars when she herself is also a part of the workforce.

Stephanie writes of how people who need government assistance are assumed to be uneducated. She surmises that it’s degrading to learn that, because you’re poor, you must not be very smart. When you’re getting WIC, or you’re at your food stamp appointment, they do not talk to you like you’re an equal. How sad that at some point you start to believe that yourself.

“Poor was always associated with dirty.”

When you read this book, you may judge Stephanie for falling into a relationship with Travis, when he was clearly so wrong for her. I think what so many people fail to realize is that when you’re a single mom, statistically, you are that much more likely to end up in another failed relationship. I surmise that the reason for that is because a part of you, or maybe all of you, is looking for home. Looking for stability. Stephanie writes that Travis “smelled like work.” Which, in her mind, translated to stability. Try to imagine craving stability so badly that you put yourself into an unhealthy and abusive relationship. All because you crave stability; not only for you but for your child.

Despite all her poor choices, Stephanie’s number one priority was clearly her daughter, and she fought very hard to give her daughter a better life. She also writes that a shroud of stigmas from being a single mom fell off of her once she was in a relationship with Travis. This is another big thing too.

You are looked at differently when you are a single mom. People look at you and wonder what your story is; where’s the child’s dad? What poor decision did you make? It is such a heavy stigma to have to walk around with, especially when you fought so hard to not be that statistic.

Another thing Stephanie brings to the forefront is in regard to single moms/working moms and daycare. She walks us through how she had to put her daughter in a daycare that wasn’t the best, but that it was the only place that would accept her childcare vouchers. Again, I want you to imagine that. Imagine having to send your child to a crappy daycare because it’s the only one available for you.

Stephanie then writes how she had to sacrifice her daughters’ well-being so that she could go to work. One time, when her daughter was sick and had been throwing up the night before, she dosed her with Tylenol and sent her to daycare because she had to get to work. She said she didn’t have a choice.

I’m sure some of you will say “yes, she did,” and “people like her are the problem sending their sick children to school.” It’s not that she wanted to send her to school sick, it’s that she didn’t have paid time off for a sick child. And she couldn’t afford to not get paid or worse yet, possibly lose her job.

If parents are expected to not send a sick child to school, then let’s make sure single moms, and working moms that have to make a living, have options. You shouldn’t have to choose between sending your sick child to school and exposing other children, or not being able to go to work and financially provide for your family. It shouldn’t come down to being fired because you’ve missed too much work because you’re your child‘s been sick too often. It isn’t right that when you need public assistance, people judge you for that. You can’t win. 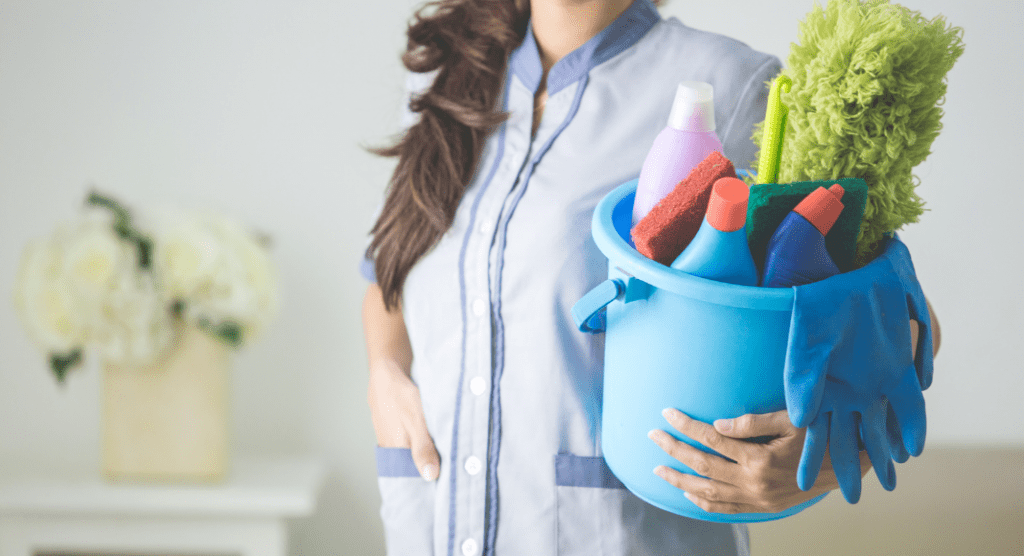 Stephanie felt angry over getting paid near minimum wage to “hand scrub poop off toilets,” and the “crystallized pee” around the base of the toilets. And, can we blame her for being angry about that? Twenty dollars an hour isn’t enough to scrub poo off toilets, and yet she did it for much less than that in order to be able to take care of her daughter.

One thing I was reminded of while reading this book was what it’s like to renew food stamps. Every six months you have to renew, and I remember feeling such a level of anxiety every time I had to renew mine because it’s always possible that you could be denied. You’re worried about starving. You’re worried about not being able to feed your child(ren).

Then there’s the amount of time it takes to actually get the food stamps. Stephanie talks about the long lines at the social services office for food stamps and WIC, and how you lose a day of work having to go to those appointments. If this isn’t counterproductive for what they want you to do, which is work so that you don’t need assistance, then I don’t know what is.

Speaking of WIC, let’s talk about what it’s like to go grocery shopping with WIC. When you’re on WIC you are given these large paper vouchers that you use to buy approved food items. This includes bread, cheese, milk, and eggs. The second people in line see you with WIC vouchers, they often choose another line to go in because the cashier has to check each coupon against each item of food to make sure it’s approved. If you’re lucky, you don’t get a cashier that looks at you like you’re a low-class citizen. I guess it really doesn’t matter though because even if the cashier doesn’t give you dirty looks, you better believe the people in line behind you do. Stephanie talks about her experience and how people in line would huff and puff and blow their breath, and one person even said to her,  “you’re welcome,“ as if he himself was paying for her food.

There’s this assumption that if you use food stamps or WIC that means you don’t work. Or people assume you’ve made bad decisions to put yourself in that lower-class place. But that is not always the case. It wasn’t for Stephanie. She works, and she works very hard. The problem is that she makes next to nothing, and has no other option than government assistance.

So, what brought Stephanie to this place? She got pregnant. I can hear all the voices now saying, “Well she shouldn’t have had a child if she needs public assistance to provide.” Stephanie herself wonders if her daughter would’ve had a better life with someone else. Imagine that.

One thing that kills me is the penalties you receive when you’re working towards improving your life. If you go one cent over the income guidelines, you lose hundreds, if not thousands of dollars in benefits. So, if you’re over by a dollar you don’t lose a dollar worth of benefits, you lose all of them. This makes it hard for people to get off assistance. It also makes people afraid to go off government assistance because they’ll lose benefits before they’re ready. This system that is supposed to help people, is not built to do so. In some ways, it is very much built to keep you down. It feels backward and it is antiquated.

“When a person is too deep in systemic poverty, there is no upward trajectory. Life is struggle and nothing else.”

There’s a good lesson in Stephanie’s book about how the people she works for have some of the same problems as her. Things like aching bodies, depression, and anxiety. Stephanie thought that living with illness or pain was a “part of her daily life” because she was poor. But she wondered why her clients, who were not poor, had those problems as well.

“Access to healthy foods, gym memberships, doctors and all of that would keep a person fit and well…or…Maybe the stress of keeping up a two-story house, a bad marriage, and maintaining the illusion of grandeur overwhelm their systems in similar ways that poverty overwhelmed mine.”

The lesson is that money does not solve everything, and you’d be surprised how much sadness is hiding behind the walls of those big houses.

In Maid, Stephanie realizes that she needs to make a commitment to herself and that she needs to give herself the love she had been seeking from other places. Like her or not, she did get herself out of poverty, even though society made her feel like she didn’t deserve to move above the poverty line.

Are you living below the poverty line? Know that you are not alone. What has your experience been like? 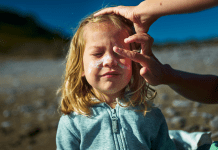