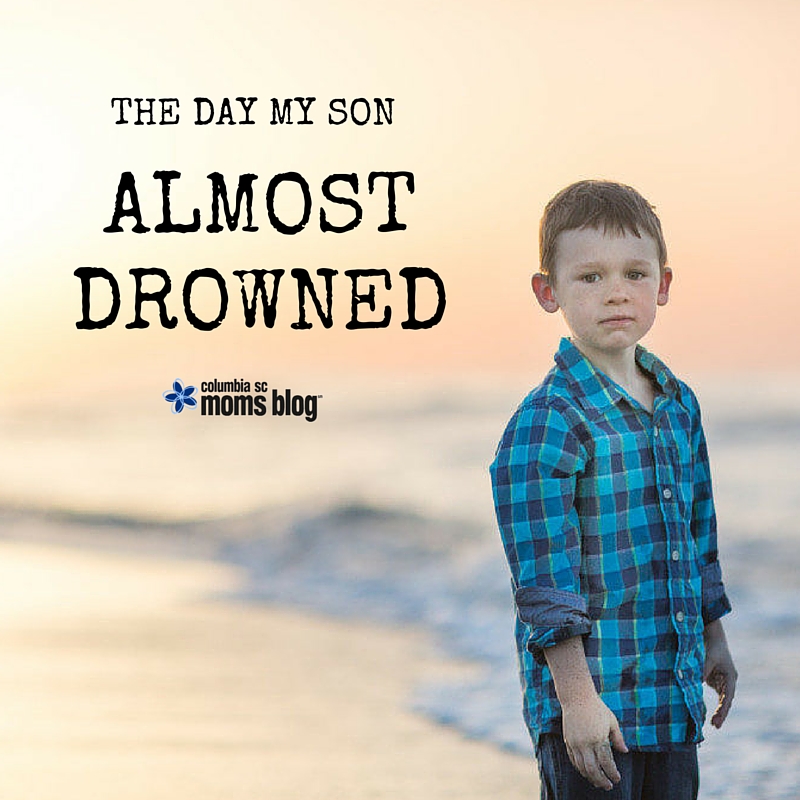 Newsflash: it’s hot here in South Carolina. When the heat rolls in, there are only two sensible options: retreat into the air-conditioned bliss of home, car, or store; or venture outward and find any bit of water deep enough to cool off in. All the better if the water will be populated with friends and their children. And only one of these two options is likely to wear your children out enough for them to consider going to bed before the sun finally goes down somewhere around 9 p.m.

It is no surprise, then, that my three kids are water babies to the core. From bathtub to pool to lake to ocean, and even a muddy puddle or creek, if there is water and it isn’t freezing, they are getting wet. Despite the resulting mess and chaos this creates, I’m actually very glad that they love the water so much. I don’t want them to be afraid of getting their heads wet. I want moving in the water to be second nature to them.

Before I became a parent, I laughed at the puddle jumpers I saw sold at BuyBuyBaby, Walmart, and everywhere else. They seemed so cumbersome! And expensive! But then . . . I had kids, and I realized how truly amazing this particular invention is. They are far more comfortable than a life jacket (yet rated as one!), and do an excellent job at keeping toddlers afloat without them feeling very restricted or weighted down. Even better, they give little ones a feeling of independence, which is a boon to them, and a blessing to their parents. Needless to say, once I hopped on board the puddle jumper train, I was reluctant to disembark.

Last summer, my then 5-year-old was eager to try to swim. So I let him, in water where he could mostly touch the bottom while he remained near me without wearing any extra floating help. He did well, learning to paddle and swim short distances in shallow water. He practiced every chance he got.

One day, at one of many pool parties and play dates I made an effort to attend (see above: wearing out the children), he and I were in the water, maybe around 4 feet deep. I could touch easily. He paddled along next to me, chatting about what fantastic swimming feat he was going to accomplish next. Then he fell quiet, I thought maybe he ran out of things to say (ha! as if!). He was bouncing or bobbing up and down in the water. At first, I thought he was okay. Then my mind scrambled to an article I’d seen on Facebook, “Drowning Doesn’t Look Like Drowning” and suddenly I realized I was watching my son drown, 6 inches in front of me. 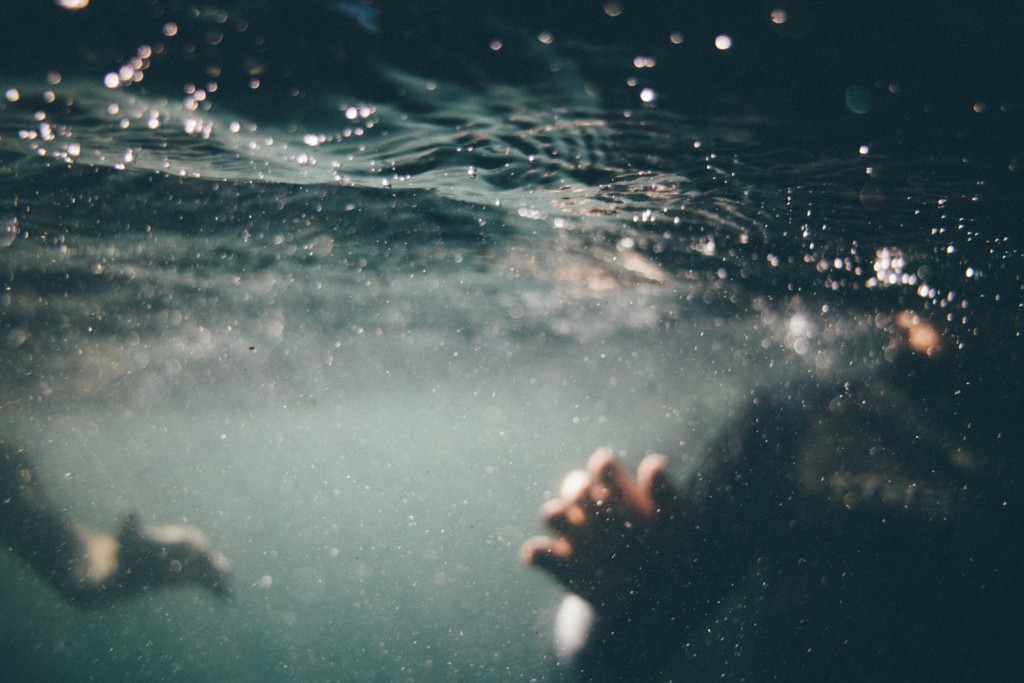 I scooped him up, got us both out of the pool, heart thumping like a bongo drum. He was okay. Breathing, shivering, shaken. But he was okay. If I hadn’t realized what was happening, he would not have been. In the time that’s elapsed since then, I’ve gone through all the woulda-coulda-shouldas.

A million different ways things could have played out that afternoon, for better or for worse. After a lot of thought and self flagellation, I’ve come to realize I did the most important things. I stayed within arms reach of him, I realized what was happening, and I caught it in time. I don’t think anyone but me realized how close to tragedy we came that day.

In the months since, I had *almost* forgotten. Because I really did want to forget. I didn’t think he realized what was going on that day, and he certainly hasn’t avoided the water at all. He was just telling when his summer camp went to the pool last week, he learned how to swim in deep water, and he is so psyched about this new skill. But he’s a bit nervous to dive off the diving board.

Then, one night earlier this week, in those quiet moments before he drifted off to sleep, but was awake enough to pepper me with questions, putting off the inevitable slide into dreamland, he said, “mom? remember that time I almost drowned? I was bobbing up and down in the water and you rescued me.” Stunned to silence, I took a moment to reply. Then I said, “Yeah, buddy, I remember that. It scared me.” He sleepily said, “It scared me, too.” And then he started snoring.

At first, I was sad and sorry he remembered that terrifying moment. But after reflecting a bit, I’m grateful he did. He is not the most cautious child, and he certainly has a daredevil streak. So if that memory helps curb that impetuous nature, and causes him to be a little extra careful in the water, I can be thankful for that, even while wishing it never happened. 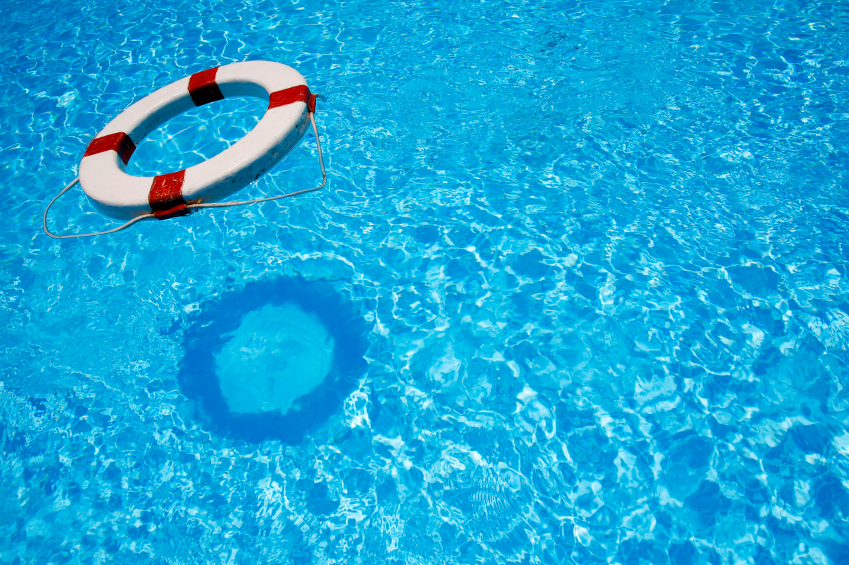 How to Recognize the Signs of Drowning

There’s no yelling. Your child can’t breathe and scream at the same time – the quietness was my first clue something was wrong with my son.

There’s no waving or hand motions for distress or help. There’s no time or energy for any waving around for help when someone is drowning because all the energy is being used just to stay above water. In my son’s case, I don’t remember what his arms were doing  – but they weren’t moving around above his head, that’s for sure.

There often is lots of kicking. It’s the body’s natural reflex to get UP and out of that water, so it looks like climbing a ladder. When someone is trying their hardest to move in the water but just not getting anywhere, something’s probably wrong. In my son’s case, he wasn’t kicking, he was trying to use his feet to leverage and bounce above water

And a blank stare. When in distress, even children shut out all surrounding distractions to focus on saving themselves. If someone is drowning, you’ll notice a blank or glassy stare even if everything else seems alright (or maybe even closed eyes). My son’s eyes were open, and he was not focused on me at all. That scared me the most, I think.

Their mouth is at (or below) water level. A person who is drowning will be bobbing dangerously closer and closer to having their mouth completely under the water.

By recognizing the signs of drowning, you can save a life. Stay safe this summer, especially around water. 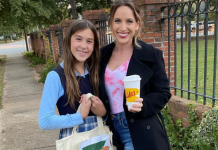 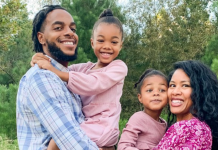 How to Take Beautiful Family Pictures With Your Phone