I sent my baby off to preschool last week. My youngest (and last) child is now in school. This was a day I had been dreading for a while. Not just for him, but for me too.

When my oldest started preschool, it was a big deal, but for different reasons than my youngest. With my oldest, I always worked outside the home so he was in daycare and more used to being away from mommy.

The year we moved to Columbia was the year he started preschool. It was a nerve-wracking time because we had just left all we knew and were in a brand new place. There wasn’t much time to pick a school once we arrived. But, we found one and it worked out wonderfully. I was nervous sending him to preschool, being in a new place along with his food allergies, but I wasn’t nervous about him being away from me because he always had been.

My little guy is a different story. When I had him I became a stay-at-home mom. He ALWAYS has been home with me. No daycare. He has been in childcare at MOPS and church, had a babysitter when I’ve had to work out of the house on occasion, but has always been with me otherwise. My little man has been mommy’s sidekick since day one.

That’s how I knew starting preschool would not be as easy of a transition for him as it was for his brother. And, really, for me too.

As a stay-at-home mom, you get used to having your child(ren) with you each moment of the day. You become accustomed to hearing their little voices in the next room as they’re playing.

They are always there to “help” you grocery shop. Maybe they even sit down with their toy computer to work alongside you as you work on your laptop. Your little shadow follows you to the bathroom, asks you to play with them, helps you bake and cook, and is your ever-present company. That child fills your day and your heart.

It’s a big change for both of you…

His first day of preschool went just as I had imagined it would.

There were tears. Lots of tears. His and mine.

There were cries of “I don’t want to go to preschool.” “I want to stay home with you.” “I’m scared.”

A lot of hugs and kisses were given and taken. A LOT.

And that was all before we even left the house. 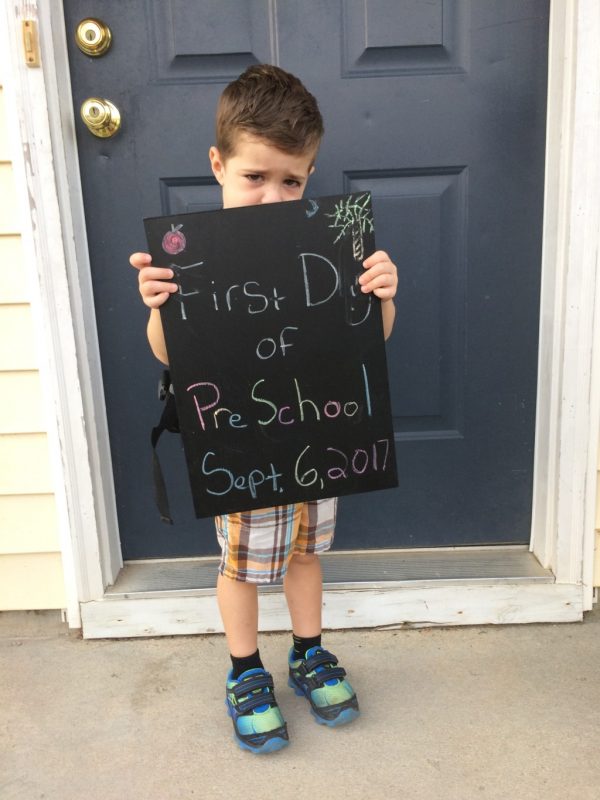 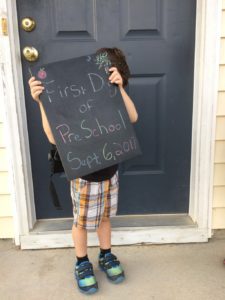 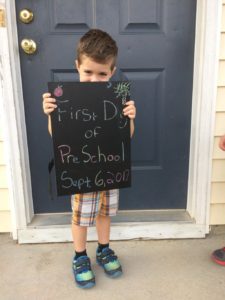 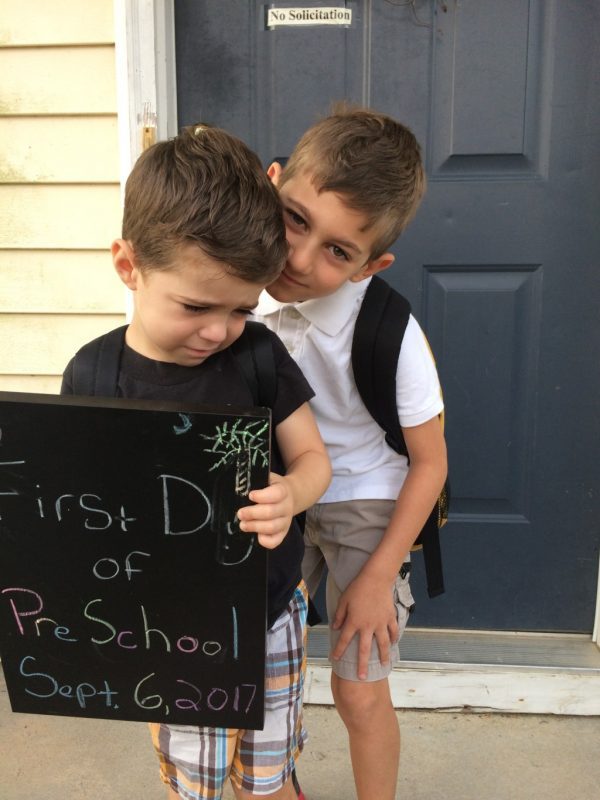 We finally arrived at school and I brought him to his class. He was hesitant to go in and didn’t want me to leave. But he and I both knew I had to. So, I ushered him towards the other children and some toys and began to back away. I kept my eyes on my sad, scared little man as he slowly made his way to the floor to play and I slowly snuck out the door. “It’s only a half day,” I kept telling myself. “He’ll be alright.”

Taking deep breaths, I walked outside and attempted to compose myself as I got into my car. I headed to Walmart for some grocery shopping, desperately hoping it would be enough of a distraction.

I found myself walking through the aisles, pulling food off the shelves with tears in my eyes. A few of them even escaped onto my cheeks. I tried to hide myself in unoccupied aisles so that no one would see my red puffy eyes and ask me if I was okay(Fortunately, at 8:45 a.m., there aren’t a lot of people in Walmart, so that’s relatively easy to do). Soon I was again taking deep breaths and trying to compose myself as I finished my shopping.

The remainder of the morning went by slowly and I checked the clock probably more times than I should have. It was quiet in my house. Too quiet. This was something I wasn’t used to. There may have been a few more tears shed.

Finally 12:15 rolled around and I hopped into my car to go pick up my munchkin. I was anxious to see him and ask his teacher how he had done.

When I walked into the room and saw him, I couldn’t help but grin. He looked up and saw me and ran to give me the biggest hug he ever has. It was heavenly.

I asked his teacher how his day was, expecting her to say he cried and was sad. But I was pleasantly surprised to hear her say there were no tears and all went well.

As I took his hand and we left his classroom, he was all smiles. We sat down at a table in the lobby area of the YMCA (where he attends preschool) to have a quick bite to eat. I asked him how his day was, and do you know what he said? With a big sly grin on his face he said, “I’m not going to tell you.” Always a little stinker that one. So after an emotional morning, the day ended well. And I know he’s going to be fine … and so will I. 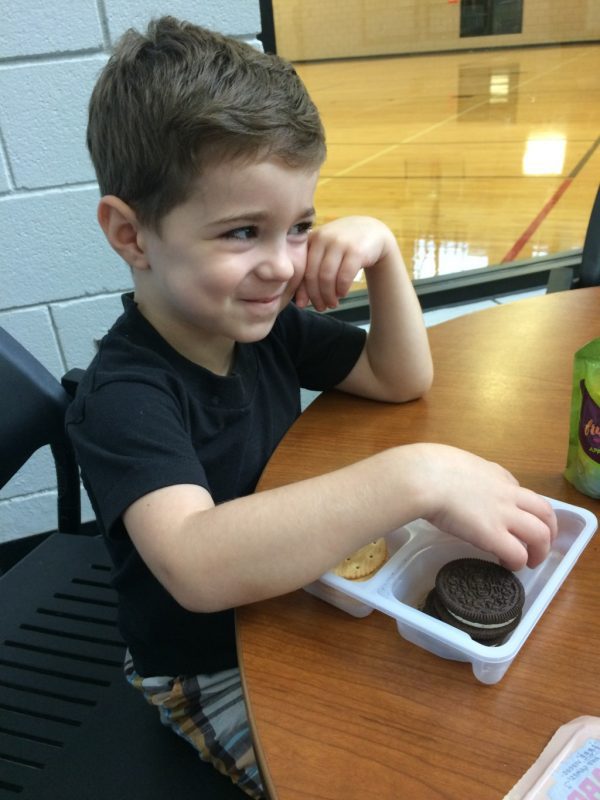 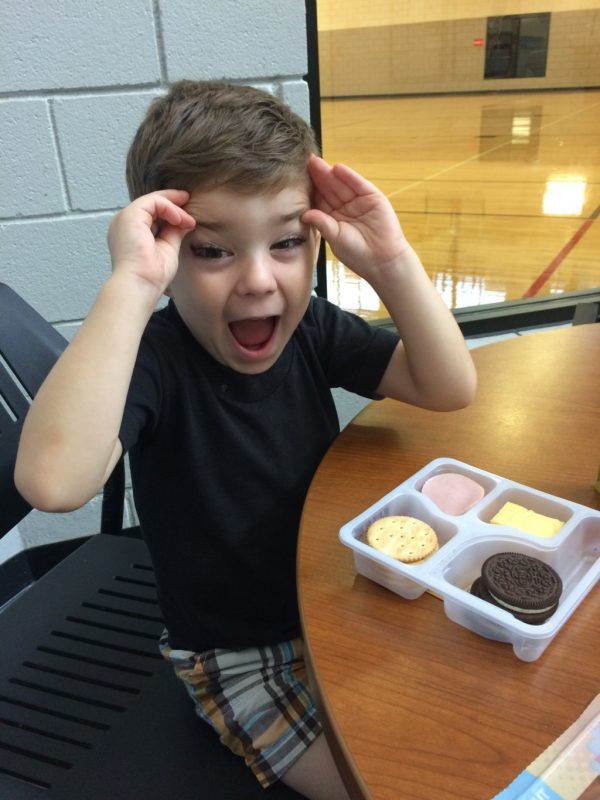 Tell me about your first day of preschool for your youngest child. Anything like mine? 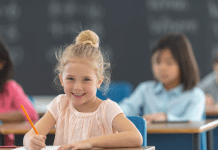 What a Difference a Year Makes :: From Kindergarten to First Grade 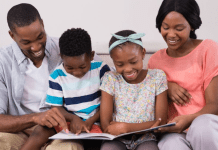 Our 1000 Books Before Kindergarten Journey 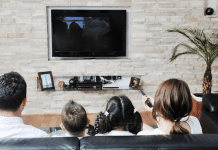 We Dropped TV Cold Turkey and Here Is What Happened