Thirty-nine days. This may seem like a random, rather simple number, but when one is trying to conceive, it seems like slllllowwwww-motion time. Thirty-nine days was the length of my most recent cycle.

In case you are unfamiliar with the female menstruation cycle, it usually lasts an average of 28 days. Day one is the first day of your period and this 28-ish day cycle takes you on a journey from menstruation, ovulation (when an egg is released), and then implantation if the egg is fertilized or another period if the egg is not fertilized. The cycle begins again with your next period.

At first, this was obviously very exciting. No period = pregnancy, right? Nope. I took three or four tests during this time (maybe five or six). Negative, every time. Every day my husband would ask, “Did you start your period?” and with frustration I would reply, “No!” Bless his heart for dealing with my bulk pregnancy and ovulation strips, paired with a fresh cup of urine in the mornings. So glamorous.

I’ve been trying to pinpoint my fertile times, so that when my husband and I are, um, intimate, we have the best chance to conceive. I used to use the cheaper strip ovulation tests that I ordered from Amazon. I used these for the first four or five months. I got some different readings (as in, positive one day and still positive three days later) so I decided to invest in the Clearblue Advanced Digital Ovulation Test.  I like this so far because it is very clear when indicating my fertile days. I have a friend who used this test and was successful. I will obviously love it if I conceive soon.

I also have a phone app that lets me track any symptoms of ovulation, the length of my cycle, and times when I was intimate. It tells me when I should start my new cycle and when I should be ovulating. I prefer to go by the digital ovulation tests to tell me when I’m ovulating, but the app gives a nice ballpark time. The particular app I use is called My Days, but there are many different ones out there to choose from.

When my period decided to make its grand appearance after this recent long cycle, I was a little disappointed. But surprisingly, I was thankful that I could go ahead and start the process again. There’s not much you can accomplish during the “waiting” time (time between ovulation and menstruation) as far as conception, so I was ready to get the ball rolling. Honestly, by 35 days into this cycle I was begging for my period to begin. Once again, I’m not very patient.

If you are trying to conceive, I’m sure you have felt the phantom symptoms of pregnancy, as I have. I cannot tell you how many times I have googled “early pregnancy symptoms.” It is embarrassing. “This could be the time!” I willingly tell myself. As I read symptoms, I quickly relate. Every. Single. Time. Tired? Always. Cramps? Duh. Headaches? Check. Breast tenderness? Well, either they’re tender or I’ve been poking them so much that I have made them tender.

I consider myself a fairly intelligent, educated women, but when I started really diving into research about conceiving, I felt pretty dumb. I laugh at myself thinking about when I first went off birth control. I assumed that I would be able to get pregnant in the next month or two. I didn’t really remember the science behind it all. According to WebMD, there is only about a 15 percent to 25 percent chance of conceiving each cycle. This basically means that the stars have to be aligned perfectly for conception to take place.

My husband and I have only been trying for 8 months. This is actually no time at all. The average couple conceives within one year, so I am keeping my fingers crossed. Most doctors won’t step in to help until a couple has been trying for at least one year. This includes my doctor. I can’t blame her, honestly. I am just a product of a generation that is accustomed to instant gratification.

It’s fun to get everyone’s input about how long it took for them to get pregnant or what silly things they tried to help boost their chances; but if one more person tells me “It happens when you stop trying!” I may mentally kick them in the leg. To all you ladies who have been trying to conceive for 1+ years, I admire you. The mental toll it must take on you has to be extraordinary. This is something that I was once blind to.

Like many things in life, conceiving takes time. I am an extremely impatient person and this process has shed a huge, bright, blinding light on that. I think, however, that this has allowed me to fall in love even more with my not-yet-conceived child, or if this doesn’t work out, my future adopted child. This process will allow me to hold my child a little closer, to truly value the miracle of birth. Every day, multiple times during the day, I think about my future child and the life we can have together.

I’m not saying that I’m enjoying this wait. Trust me, I’m ready for this party to get started. But if I have learned anything from the mothers around me, it’s that patience is a huge part of parenting. I suppose my body decided I needed a course in this beforehand.

How long have you been trying to conceive? Have you had your doctor step in yet? What steps are you taking to help increase your odds? 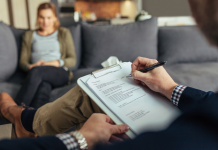 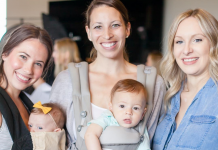 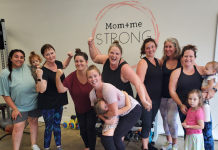