Eudora Farms is a drive-thru safari park located in Salley, South Carolina. It’s actually the very first drive-thru safari park in SC! Eudora Farms allows you to observe and feed exotic animals from around the world, all while seated in the comfort of your own car. The animal safari boasts over 200 exotic animals who will walk right up to your car to feed.

It took my family a little over an hour to get there from our home in Columbia. We decided to go there on a Wednesday since the website indicates it’s not as long of a wait on a weekday. Once we arrived, we only had to wait 15 – 20 minutes before we could enter.

When you pull up to the entrance, you will see a petting zoo, two or three food trucks, and different play areas. Before you can enter the farm there is an admission fee of $36 per car for up to six people (ages 2 and under are free and not counted). Animal feed buckets are $5 per bucket.

Once we paid we began to enter the farm. The first animals we saw were bulls and cows. The bull horns were so big! As we got closer to it, the bull began to throw his head back and forth while blocking the entrance to get into the farm where the rest of the animals were. Of course, there was nothing we could do about it so we had to wait until it moved before we entered. Once he moved and we entered, there were more cows. Before we knew it there was an ostrich at our car!

My kids were scared to feed the animals so I was the only in the car who purchased food to feed them (and I was scared myself!). When the ostrich came to the car I stuck my bowl of food out of the window. It felt as though the ostrich was gonna go through the bowl the way he was eating it. I let him eat a few times out of the bowl before we moved forward on the trail.

As we went further along on the trail we saw more ostrich, bulls, and cows. Then we began to see goats, camels, zebras, and deer. At the entrance, they told us not to feed the zebras because they bite. And although we saw others trying to feed the zebras, I did not. I didn’t want to be bitten! But the zebras were beautiful definitely my favorite animal out there. 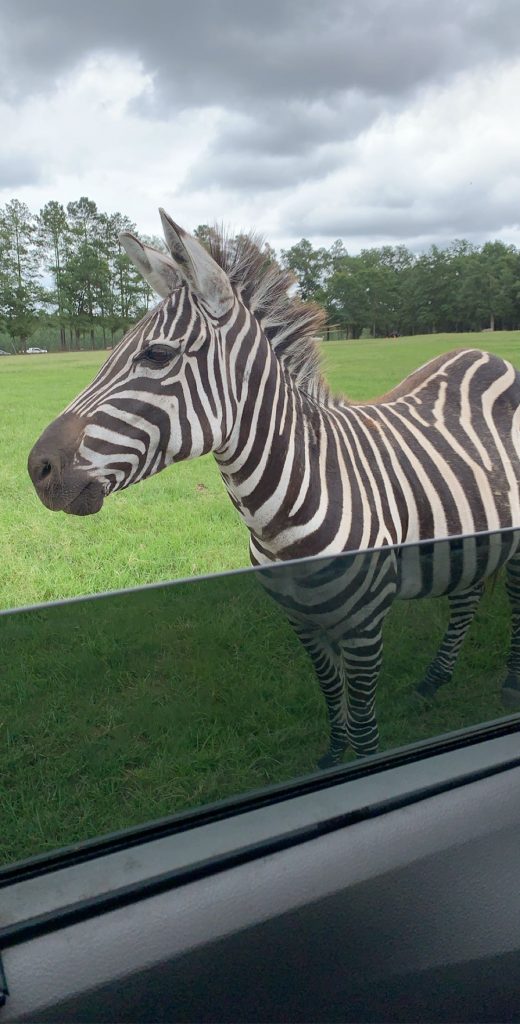 At the end of the trail, there was a giant giraffe. We stopped to look at it before exiting. It’s inside of a fence but it is able to stick its head inside of the car to get food. By the time we got to the giraffe, I was all out of food because the camel had already eaten the last of it.

After you finish the trail you are allowed to park to visit the petting zoo as well as grab something to eat. Eudora Farms also boasts a large Parakeet Adventure area with over 200 parakeets. They are in the process of developing a gift shop, large educational center, an app for your phone that provides animal education as you drive through the park, and a walk-through trail that would allow viewing of animals such as Ring Tailed Lemurs, kangaroos, a tortoise, African servals, and binturongs.

Overall, I really enjoyed our trip to Eudora Farms. The farm continues to add more animals over time. Eudora Farms Safari is definitely a great place to take your family!

*Tip: Go early and on a weekday to avoid large crowds.

Hours of operation are:

Have you been to Eudora Farms? Tell us about your experience! 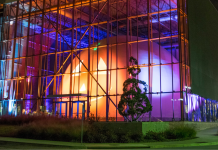 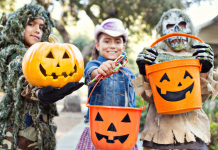 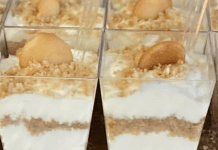