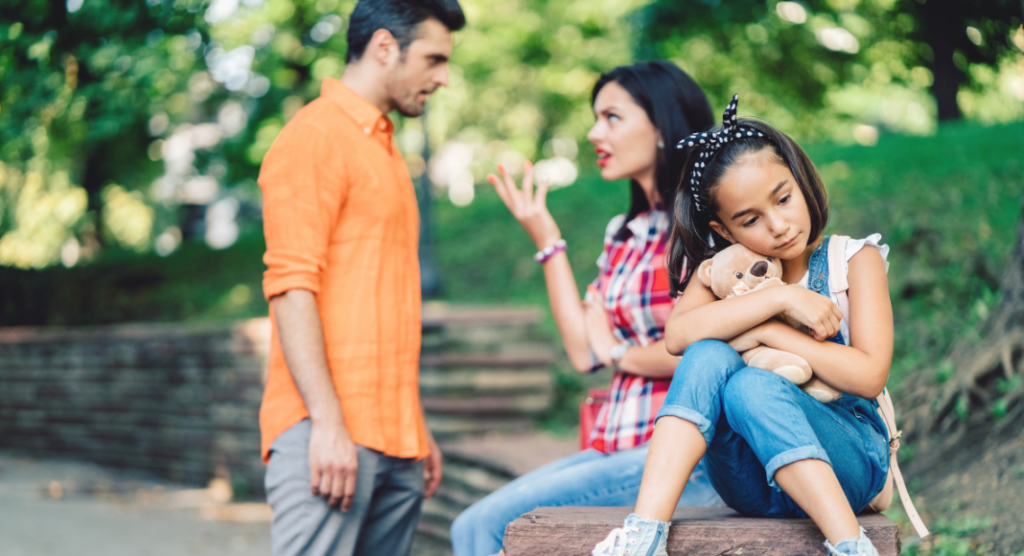 When I first got married, I made a promise to my husband and stepchild that I’d never treat her any differently than my own children. Except, what I didn’t know is that keeping that promise would get progressively harder as time went on…

Don’t get me wrong, I love all my children; every relationship has its challenges, and parenting will always have its moments. However, now with two other children (both much younger in age) running around, there’s significantly more at stake, and my role just can’t be the same.

No matter how close we were and are, it is different. And that’s just not something anyone could have predicted, nor something I will be made to feel guilty for.

What I Wish My Husband Knew

Family trips, for me, don’t always include her. I don’t consider our family to be un-whole when she’s not around. Statements that allude to that make me feel hurt and sad. Her reality is that she will always “miss out” on something. That hasn’t changed. It may be more noticeable to her now but unfortunately, those are the cards she has been dealt. There’s no “making up for it” and I’m not going to walk on eggshells to ensure she doesn’t feel “left out.”

Truthfully, neither should you. We can make her feel a part of the action and activities when she’s here but when she isn’t, she just isn’t. We, as parents, shouldn’t hold back. Our other children shouldn’t have their lives and experiences put on hold until her return. Social media posts shouldn’t be viewed from an all-or-nothing lens.

Our schedules, location, and lives have all revolved around her. Aside from worrying that it creates the allusion that the whole world revolves around her, it gives off very “stuck” vibes to me. My husband’s past life, for lack of a better phrase, doesn’t just control his current life but it controls my current life … and the current life of our two other kids. Vacations are and will be for the foreseeable future, cut short. There will be things he misses, which I’m not willing to miss, because of the custody schedule he agreed to. We can’t move away like we want to.

All that to say, my spouse may feel torn by it all, but I hope he recognizes how it impacts the rest of us too. We’re in this situation because of his prior decisions. On one side, I’m grateful because they led him to me. On the other hand, sometimes it just really stinks to feel stuck.

I need my husband to step up, consistently. We are co-parents but studies show words and actions will mean more to a child coming from a biological parent.

Additionally, our little ones are always watching and listening to the example that he sets with her. What he allows and doesn’t allow are equally important. What we agree on as a standard in our home, is paramount. I’ll admit, it often feels hopeless to repeatedly say and have to follow through on the same things over and over again, with such little control around consistency, and given the limited time we have.

I don’t want more time. In fact, every time she comes back home to us, my anxiety is at an all-time high. I need the reprieve from the hurricane of emotions, baggage, and insecurities she brings, and having to always be on high alert for behavior and safety corrections for the sake of her younger siblings. It’s draining, more often than it’s not.

No doubt my husband can tell that I’m lighter and more joyful when she’s not around. Even if he can’t pinpoint the specific reasons, he can certainly see I am able to be more centered and present with our family when she is absent from our home. We’re both keenly aware of how the remaining time is split. My husband counts the days, thinking about how few we have left with her. More recently, I’ve started to count the days, thinking about how much longer we have to go. It’s sad, I know.

We talk about who she’ll be and our worries that exist for her. We’re even aligned on how those same worries don’t exist when considering the younger two. It’s a hard pill to swallow but as she gets older, it’s becoming clearer … the person she’s choosing to be. That doesn’t mean we give up on her or throw in the towel. It’s far more than her supposed interests and some collective mannerisms. It’s her behavior, her actions; how she gives and withdraws love, how she is so often dishonest, how she lacks confidence but attempts to conceal it by putting out an inauthentic, calculated image to society, and how she seems to be the victim in every story and situation.

Her immaturity for her age and lack of responsibility, are all things she’s learned without having the right tools to truly find herself, be vulnerable, and create real, deep, lasting relationships. It all worries me. Constantly. As I said before, the stakes are higher and we can’t brush them off under the disguise of “well, it is what it is” or “it just isn’t working.” 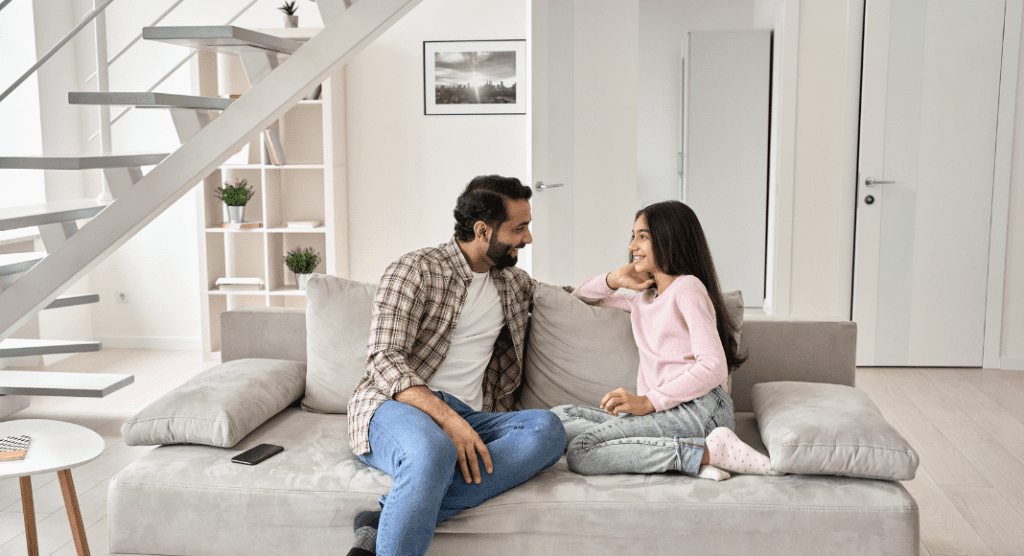 It scares me when my husband encourages our youngest to “watch her,” especially because she isn’t the best role model (regardless of how they adore her). I get it. He wants her to feel included, and for there to be a closeness with her amongst her siblings, but that’s just not the way. He wouldn’t say that same phrase in reverse, encouraging her to watch them. He doesn’t call or text her while she’s away to relentlessly integrate the younger two into the conversation and simultaneously into her thoughts either … that would be weird.

What they really need is space to grow and explore on their own. To entertain themselves free of pressure and residual guilt. What she needs are therapy and consistency. No, it won’t fix everything, but it would help. It’s not as simple as assuming she doesn’t know what she’s doing or that she isn’t doing it intentionally. We can’t afford to be naïve about it anymore, nor chance burdening the rest of our family with feelings they shouldn’t own (as it relates to her, her situation, and my husband’s dynamic with it all).

Speaking of, he doesn’t have to live nearby any of my exes, parent their children, or risk run-ins. It’s constant toxicity that can only be alleviated so much by boundaries. Yes, while I know what I signed up for when I married him, his past has influence far beyond what I knew or could have imagined. So when I need to take a step back please know it is so I don’t abandon myself, and instead show up better for our other children, my friends, my work, etc.

I agreed to this life, the blended-family situation, and everything that came with it, because I love my husband, but I wouldn’t wish this on my worst enemy. It’s gritty and messy, and it’s ever-evolving. It’s a straight-up struggle and far from a straight line. It’s something no one can understand until they’re truly in it. It wouldn’t have mattered how long we dated. I still wouldn’t have fully known what was to come until now, and neither could he.

Don’t be offended when I schedule playdates for our children when she’s around. I need the space. So do they. Don’t be offended when I fall asleep in the children’s room or go up to shower, instead of sitting back down beside her after everyone else is asleep. It’s been an emotionally taxing day and I need the softness and solitude that comes with being away. I need that time to recharge.

What do I need from my husband? I need him to tell me that he recognizes that my position is one he could never truly understand; living with only biological children whom he’s seen and raised from birth. I need him to tell me there’s no shame or judgment coming from him. I need him to tell me, even if he’s hurt, that in acknowledging my feelings, he will do everything in his power to support me through this journey. Anything less than lightening my mental and physical load with her is out of the question, as far as he’s concerned. That, what I’ve sacrificed, given, and continue to give is seen, appreciated, and valued regardless of how our co-parenting evolves.

I need him to tell me that the difference in perspective is just by the nature of our family dynamics but that we’ll remain aligned as a couple in love and like. It’s not what I pictured either but our open communication will see us through. The path forward is paved by teamwork, with a foundation of ego-less trust and acceptance.

Are you in a blended family? What challenges have you faced? 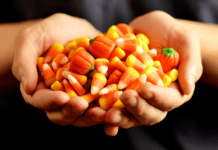 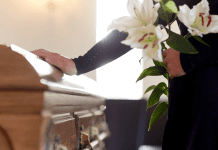 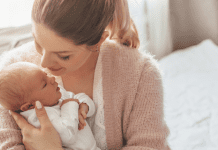