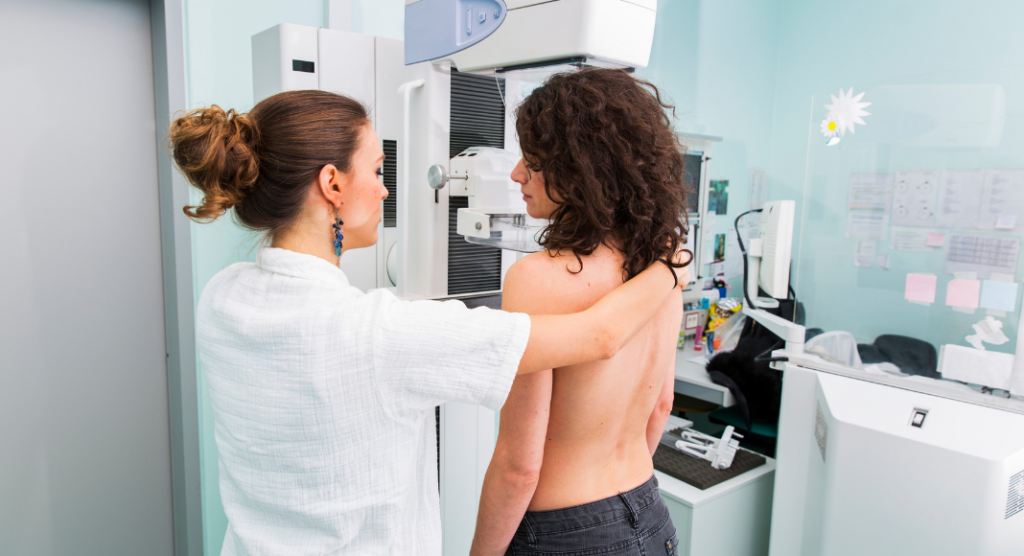 Last year I turned 40. As I watched my 30s vanish into the night, I knew that something new was on the horizon.

Both my mom and my best friend prepped me for it. They told me it really wasn’t that big of a deal or painful at all. It was just a bit uncomfortable, and nothing to get worked up over.

My grandmother (on my mom’s side) had breast cancer when I was a little girl, but no one else in my family has. So I wasn’t worried going into my appointment. I figured I go in, get my ladies smooshed on the machine, and be done with it.

But that’s not what happened…

I had my mammogram in mid-December, about a week after my annual physical. The following week I received a phone call from my doctor. She left me a message asking me to call her back. I called the office the same day but no one returned my call. On Wednesday, I called again. Same result. And Thursday as well. Finally, on Friday the nurse called me back. She very abruptly said, “You need to schedule an ultrasound so the doctor can look at the white spot in your breast more closely.”

Tears immediately sprang to my eyes. She just said I had a white spot on my breast. Does that mean I have cancer? My doctor didn’t feel a lump when she examined me just two weeks prior. I hadn’t felt one either when I did a self exam.

A million questions popped into my head. And the fact that the nurse said it so abruptly and like it wasn’t a big deal made it even worse. She said she thought I had talked to my doctor, but I told her that the doctor had just left a message saying I needed to call her. The conversation did not go well.

In the end, I hung up with her and dialed the number to the hospital breast center to schedule my appointment. When I spoke with the scheduling department they informed me I wouldn’t be schedule an appointment January 13. That was four weeks away. Four weeks my mind could drive me crazy with thoughts of having breast cancer and what would happen next. I was overcome with anxiety, fear, and a feeling of helplessness.

When I got home from work that day (yes, I received that phone call while I was at work), I told my husband right away, crying as I did. He tried to reassure me, and told me it could be nothing. And he said even if it was cancer, we would handle it one step at a time together. He’s such an amazing support system for me, and I hadn’t appreciated it more than in that moment. 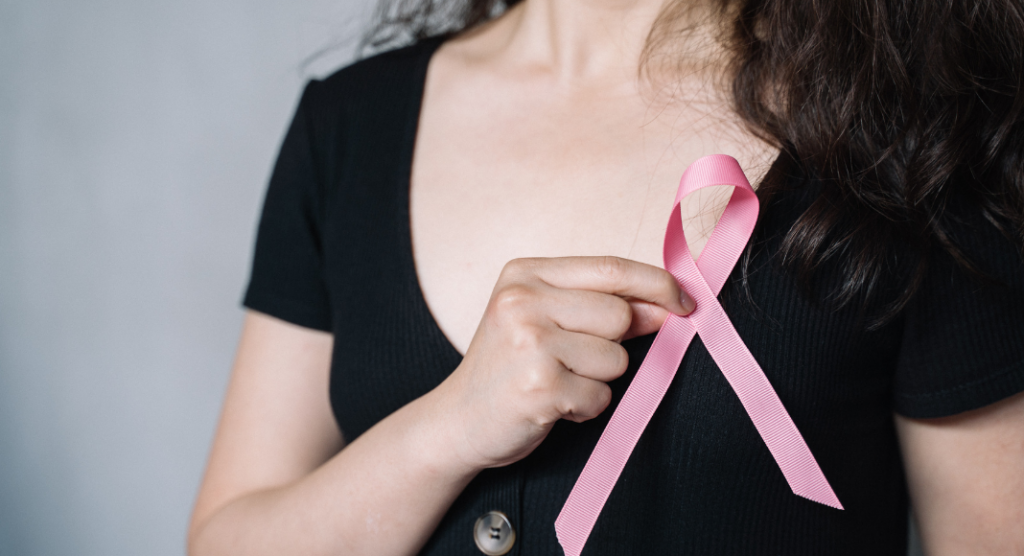 I decided not to tell anyone else what was going on because I didn’t want to worry them unnecessarily. But, as I was sitting at my desk at work crying the following Tuesday, I knew I had to talk to someone. Someone else who would understand. I texted my best friend in Chicago. There is a history of breast cancer in her family (her mom and sister both), so even though she’s not yet 40, she’s had multiple mammograms and ultrasounds herself. I knew she’d understand.

And she did. She was ever the support system that I knew she would be. We texted and prayed together, and she shared her experiences with me. By the time we were done, I felt a little better. There was still a small cloud hanging over my head, but it wasn’t as big and dark as it had been.

Literally about 15 minutes after I finished talking to her, I received a phone call from the hospital breast center. The woman on the other end of the phone wanted to verify my appointment in January and explain the situation. She was gentle, kind, and understanding, and answered all of my questions.

Then, she told me what the doctor saw on my mammogram was likely benign. They just needed to double check because this was my first mammogram and they had no pictures to compare it to.

That made me feel a LOT better. She made me feel like the spot on my mammogram wasn’t cause for panic. It was at that point that I knew I could get through the next three weeks without feeling fear and anxiety every day until my appointment.

January 13 rolled around, and my stomach was a ball of nerves all day. I left work early and headed downtown for my appointment. I don’t think a wait in the doctor’s waiting room has ever felt so long. Then, when I finally was called back, I got into my gown and had to wait even more. I was a mess.

The nurse finally brought me into the room for another mammogram. After that, she had me wait while the doctor looked at the images. He ended up deciding he wanted an ultrasound as well, for a better look. My anxiety was through the roof at this point. All I could think was that if he wanted a better look, did that mean it was cancer after all?

The nurse performed the ultrasound, and then the doctor did as well. When he was done he looked at me and said, “Well, it looks like I have good news for you today.”

In that moment, I let out a sigh of relief. He said “good news.”

The doctor then when on to explain that for many women, the tissue in their right breast versus the left breast can look different; it can have asymmetry to it, and that is perfectly normal. He believes that is the case with me, but isn’t 100% positive because this was my first mammogram, and he doesn’t have anything to compare it with. But there isn’t a lump and I don’t have any other symptoms, so he feels that there is no cancer.

However, he also said that sometimes asymmetry can lead to cancer, so he wants to monitor it. He had me schedule a follow up mammogram for July so that he can compare that one to the one I just had.

I left the office feeling MUCH better than I had for the past three weeks.

NO CANCER. The best words I could have ever heard.

I’d be lying though if I said I wasn’t nervous for my next mammogram in July. Between now and then I’ll be praying it looks exactly the same as this one, and there will confirmation that the tissue in my right breast is just a bit different than the tissue in my left.

In the meantime, I’m going to be grateful for my negative diagnosis, and not dwell on it.

Have you had an abnormal mammogram? What was your experience like? 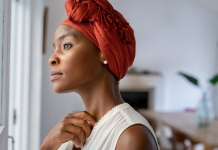 How I Started My Journey of Really Loving Myself Again 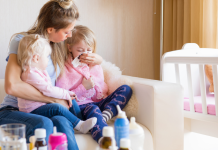 Navigating Cold and Flu Season :: How to Boost Your Child’s Immune System 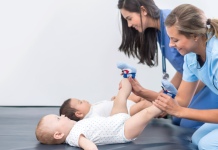 Advice for New Moms from a Physical Therapist