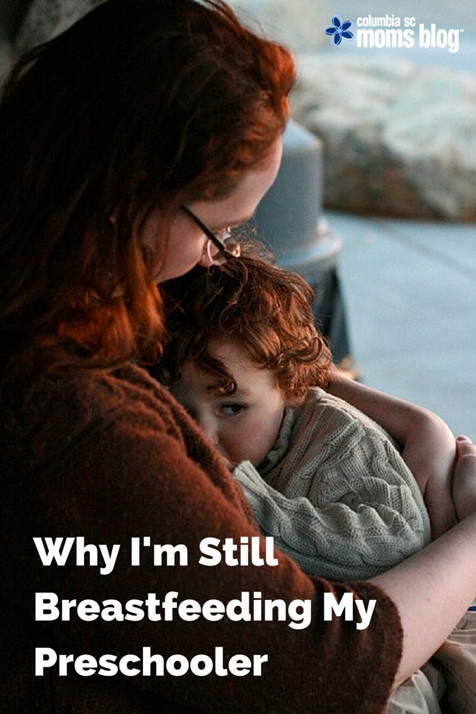 When my daughter was born, I really struggled with breastfeeding. My milk didn’t come in at first and then I just wasn’t making enough milk for her to gain weight. We tried everything – oatmeal, power pumping, a supplemental nursing system, fenugreek, prescription medication, supplementing with formula, everything. To my surprise and delight, it worked (!), and my daughter ended up nursing until she weaned herself a few months before turning two. We made it! I thought to myself.

When my son was born, I steeled myself for the same struggle, but this time, it went well. So well that he never did take to a bottle and turned his nose up at solids when we offered him sweet potatoes at Thanksgiving. All he wanted was Mama, and that was okay with me. He was our little snuggle bug.

As our snuggler approached two years old, I began watching for signs that he would be ready to wean, but they weren’t there. Of course, the number of times he would nurse had dropped to morning, naps, and bedtime, but he didn’t seem ready to give those up. Another year passed, and he seemed no closer to weaning. He is past three years old now, still nurses, and we are okay with that. Here’s why.

There is Nothing Wrong With It

In fact, it is quite normal in many communities around the world for children to nurse until they are three or four. Not just normal, but healthy – for both children AND mothers. Does everyone need to do it? Of course not. But if you want to, there is nothing wrong with it.

He Doesn’t Want to Stop

He is slowing down some, and we often skip sessions on mornings when we are in a hurry or if he falls asleep in the car on the way home at night. But he keeps asking for “Mama milk” whether I offer it or not.

I Don’t Need Him to Stop

I don’t have a schedule that nursing gets in the way of or health issues that it make worse. Nothing pressing that requires us to make this change now. If it’s not broke, why “fix” it?

It Helps Us Bond

And in our situation it is especially precious, because he has been diagnosed with childhood apraxia of speech, a motor speech disorder that makes it difficult for him to speak clearly. Where I bonded with my daughter at this age through goofy and serious conversations that cemented our relationship, I bond with my son through touch.

Nursing is comforting to him. When he is over-tired or upset or nervous or just over-stimulated, nursing helps calm and center him down again. It is an effective parenting tool that I am happy to have available!

I don’t take it for granted that my body is still making milk — over three years after I gave birth to this sweet boy. Not enough to feed a newborn, or to pump and save for later, or to donate to others, but enough for him. And so we continue.

It is Special to Me, Too

I list this last because of course, if it was better for him to wean, I would put my own desires aside. But the nursing relationship I developed with each of my children has been special, especially because of the difficulties we have had both with conceiving and carrying babies to term. It is a relationship I thought I would never have again after we lost three babies in a row, and I fully realize this may be the last time I get to experience it. I am savoring these last days, tucking them away in my memory banks for later.

And I do realize they are coming to an end. Along with breastfeeding, there were two other things I have enjoyed during my son’s babyhood, babywearing and cloth diapers. Most of my baby carriers are now put away or on loan to friends with newer little ones. The ones I still keep handy are made for toddlers and preschoolers and are used for short times, as his weight is finally too much for my back for very long. Cloth diapers will soon be packed up so we can focus on toilet training.

This nursing relationship will at some point over the next year be a thing of the past, too. My baby boy will instead be focusing on preschool, YMCA soccer, and growing in his ability to verbally connect with the world around him. Someday we will have the last time, and I won’t even know it, but the next day he won’t seek it out, and the next, until he has forgotten it all together. And I am okay with that. I’ve done it once before, and my daughter and I moved on from that to a beautiful day to day interaction that still includes lots of snuggles and hugs.

But for now, I’m glad that my boy still signs “milk” in the morning when he stumbles into our room, eyes full of sleep, and at night when he tumbles into bed, worn out from the day. I’m so thankful for my miracle son and for the relationship we are forging, now, that will carry us into the next stage of parenting and growth.

If you breastfeed, in what way is it special to you? 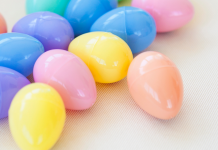 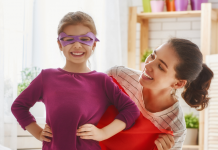 How an Australian TV Show Changed Playtime With My Daughter