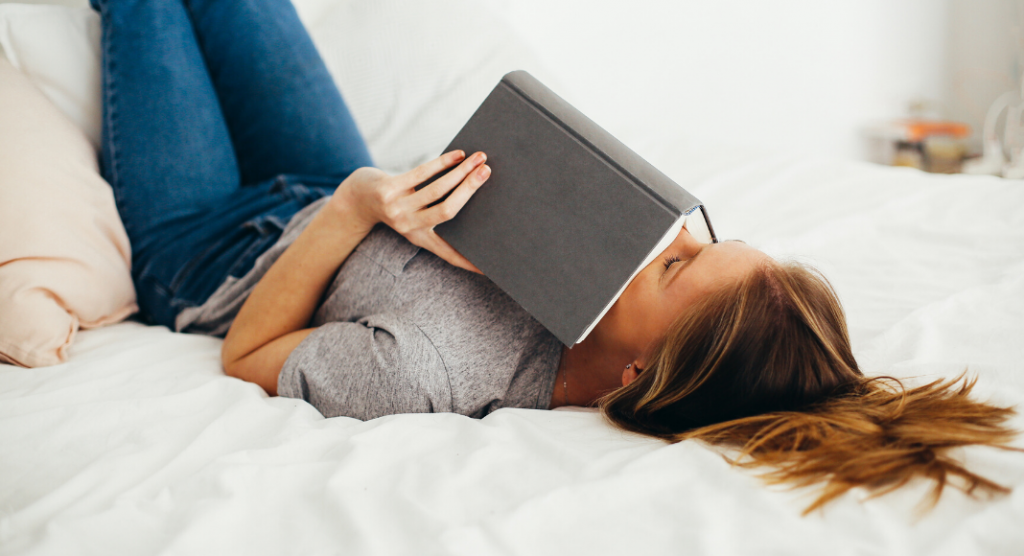 Hello. My name is Leah, I am 40 years old, and I am addicted to Young Adult (YA) fiction.

And when I say “addicted” I mean “ADDICTED.” As in, YA books are pretty much the only books I read. In fact, I read them so often and love them so much that I created and host a podcast solely focused on YA books.

Yep. You read that right. I am a 40-year-old woman obsessed with books written for teenagers. And you know what? I’m proud of it.

Maybe you’re a mom like me who has ventured into the fantastic world of YA books, and you totally get what I mean. Or, maybe you’re a mom who has yet to venture into teen fantasy and dystopian novels, and wonders what they are all about.

Either way, I’m here to help! I am going to give you a list of my favorite YA books that I highly recommend, and would be great for your summer reading list.

If you are a fan of Louisa May Alcott’s classic story, Little Women, this book is a MUST read. Especially if you are anything like me and yell at the TV when Jo refuses Laurie EVERY time you watch the movie (I mean, really JO?!).

Jo and Laurie takes a deep dive into our two main characters’ relationship and especially explores Jo’s feelings for Laurie. This book also gives us a close up look into Jo’s writing process. This book takes place after Jo’s first book has been published and there is now a massive demand for a sequel. So all the pressure is on Jo to write another best-seller, and Jo starts to cave under the pressure.

Jo and Laurie is a love story like none other. I can honestly say I have never felt so completely satisfied at the end of a book before. Also, I will admit that I cried my way through the last four chapters while I was reading at 1 a.m. in bed. It’s THAT GOOD.

If you’re a fan of fairy tales and fairy tale retellings, you will love this book. StepSister is the story of Isabelle, Cinderella’s ugly stepsister. Cinderella (Ella as Isabelle calls her) has been whisked away to the castle by the handsome prince, and Isabelle is left wondering why it couldn’t have been her.

Isabelle’s jealousy of Ella has nearly destroyed her and made her think the only way she will ever be happy is to be pretty. But is being pretty the true path to happiness? Isabelle, pushed along by Chance, is about to discover that true beauty is so much more than her appearance. She holds her destiny in her hands, but will she make the most of it?

StepSister is more than just a fairy tale. Through her magnificent writing, Jennifer Donnelly imparts wisdom right to the heart of her readers. Her quick wit and wisdom are just two of the elements of the beautiful story that make it so magical. This is one you’ll want to read, and it’s also perfect for teenage girls, discovering who they are.

Heartless is the story of the Queen of Hearts from Alice in Wonderland. Think you know her story? Think again! Want to know how she became the Queen of Hearts? Would you like to find out why she always yells, “Off with their heads?” Then you will want to read this book.

Marissa Meyer opened my eyes to the Alice in Wonderland story in a way I never thought possible with this book. She weaves the story of the young teenage girl Cath, who just wants to open a bakery with her best friend MaryAnne. But her parents have other ideas. Soon enough, the King is calling on Cath to court her. Then Cath meets Jest, the handsome and mysterious court joker, and her world is turned upside down.

Heartless is a fairy tale retelling, a love story, an adventure, and a gut-wrenching book that will make you want to throw it against the wall. But, you know, in a good way. I promise that after reading this book you’ll never look at the Queen of Hearts the same way again.

Are you looking for a story that’s perhaps a little bit darker? Do you enjoy stories about witches and magic? Perhaps you are a history buff interested in witch hunts. If so, you will love Serpent and Dove.

Serpent and Dove is the story of Louise le Blanc (Lou) and Reid Diggory. Lou is a witch on the run. She fled her coven two years ago and took shelter in the city of Cesarine. There, she refuses to use magic and has to steal to meet her needs. Reid Diggory is a Chasseur, a huntsman of the church. He lives by one principle, that no witch should live.

When Lou and Reid are thrown together through unexpected circumstances, a problem arises and there is only one way out. Marriage.

Serpent and Dove is a fast-paced, intriguing story that will keep you on your toes. The contrast in the character of Lou and Reid will make you laugh. Their dire circumstances and the situations they are thrown into will keep you guessing. And, of course, what would a good YA novel be without a little romance?

(This is book 1 in a series. The second book, Blood and Honey, is available for pre-order on Amazon and will be released in September.)

The Folk of the Air Trilogy

So far we’ve covered a classic story, fairy tale retellings, and witches and magic. Now it’s time to shift gears into the world of faeries.

Holly Black’s Folk of the Air Trilogy (The Cruel Prince, The Wicked King, The Queen of Nothing) follows the story of Jude Duarte, a human who lives amongst the faeries. When Jude was seven here parents were murdered and she and her two sisters were stolen away to live in the High Court of Faerie. Now, ten years later, Jude wants nothing more than to feel like she fits in and truly belongs there.

However, many of the faeries despise humans. But, in order to achieve her goal of winning a place at court, Jude must gain their trust. Specifically, the trust of the young Prince Cardan, the wicked son of the High King.

These stories will steal you away into another world. Brought to you by the author of The Spiderwick Chronicles, the Folk of the Air trilogy will have you wishing you could be a part of the world of faerie. 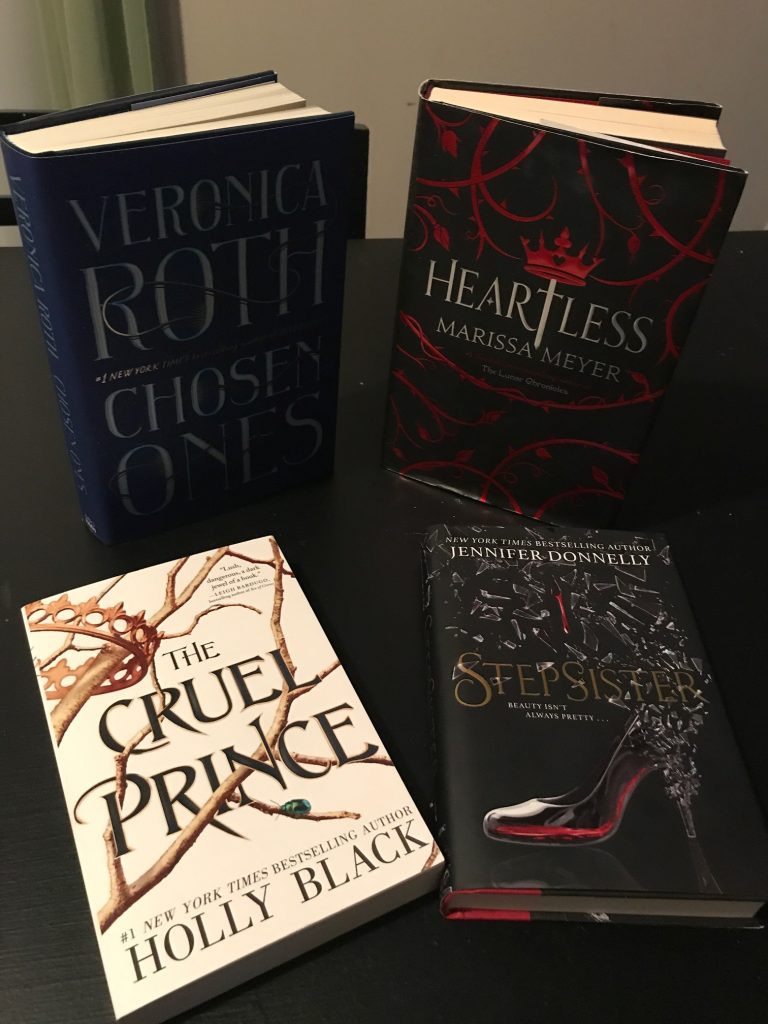 No matter which of these books you choose to read, you can’t go wrong! Each of them is masterfully written and will pull you into the world of the story.

Now that I’ve given you my top five YA novels, I’m going to give you a bonus pick. This one is written by a YA author but is geared towards adults. In fact, it’s her debut adult novel.

This dark and intriguing story from the author of the Divergent series will have you on the edge of your seat. Chosen Ones is a dark, complex, thriller/fantasy novel that will keep you guessing until the very end.

Chosen Ones follows the story of five friends (once strangers) who were chosen through a prophecy to defeat an evil being (the Dark One) fifteen years ago. The five chosen ones worked together to defeat the Dark One. After that, the world went back to normal, but they didn’t.

Sloane has had the hardest time adjusting to life since then. Her friends blame her PTSD on her constant attitude. But Sloane is hiding secrets they don’t know about. Then, on the tenth anniversary of the Dark One’s defeat, something unexpected happens, and the chosen ones are thrown into a new battle they never expected to have to fight.

I hope you enjoy reading these fantastic books as much as I did! What would you add to this list? 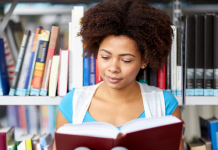 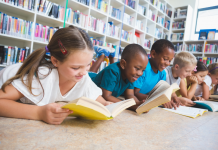 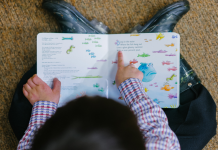