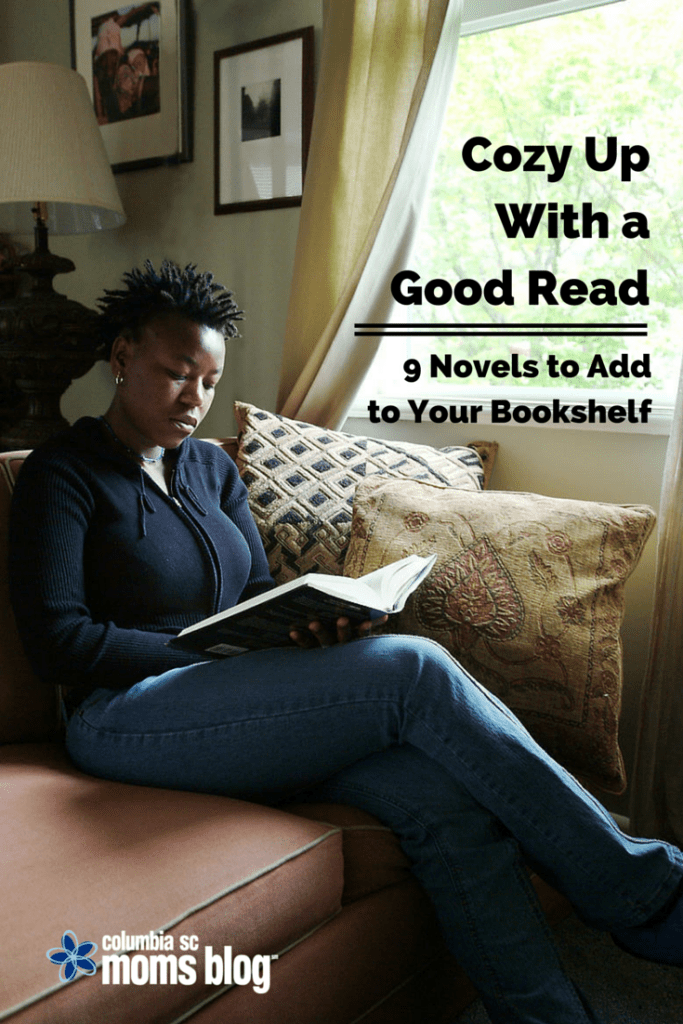 I’m so happy to be bringing you fabulous people more awesome literary wonders! And I’m even MORE happy to announce that I finished a resounding 101 books last year, so I have lots of good books to choose from!  For this year I have decided to do the Goodreads challenge and I have committed to reading 101 more books in 2015.

I know, I know. A lot of you are wondering how I find the time. It is a huge commitment, but I finally realized how to explain it. Lots of people have hobbies; this is mine. It takes me outside of myself. It’s also something I can share with my six-year-old. I’ll tell you like I told him: I love escaping into someone else’s world. Even when it’s completely different from my own world, I still walk away having taken something from the story.

So come on into some other people’s worlds — let’s get started!

The Good Girl by Mary Kubica

This was Kubica’s debut novel and it did not disappoint. It is a bit of a thriller, maybe part drama as well. It focuses on the kidnapping and subsequent amnesia of inner-city art teacher Mia Dennett. She is the daughter of a prominent judge and socialite mother. She sort of turned her back on her prominent upbringing to make a way for herself, not using her family’s name for anything. The novel follows Mia and her abductor, Colin, who was employed to kidnap her but then had a change of heart. Meanwhile, Mia’s mother and a detective search non-stop to find her. Absolutely nothing was as it seemed in this book and it did not disappoint. If I had to choose my top 5 books of 2014, this would be one of them. It was simply amazing. 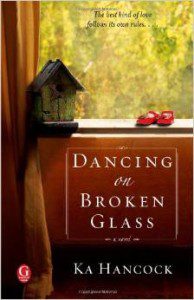 If there was one word I would use to describe this book, it would be “powerful.” It was absolutely phenomenal. I have literally begged my friends to READ THIS BOOK! I don’t cry no matter how sad a book is (unless a dog dies), but this one had me a even a little teary-eyed. It follows Lucy and Mickey, who every step of the way chose each other.  However, after facing Lucy’s devastating breast cancer history (it had befallen her mother, her sister, and herself), and Mickey’s bipolar disorder, they also made the choice not to have children. They make promises to each other (he promises to take his medication, while she promises not to blame him for things that he can’t control). But life doesn’t always go by the decisions we make. Sometimes it surprises us. You guessed it:  Lucy does indeed become pregnant, despite a tubal ligation done years earlier. It changes everything, and it forces this couple to redefine everything — both love and themselves. 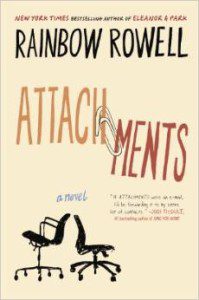 The author of Eleanor and Park (which I recommended in my last book-review post) again does not disappoint. Attachments is about two women, Beth and Jennifer, who know their emails at work are being monitored, but can’t seem to take it seriously enough to stop their continuous email rants to each other. They’re hilarious and honest and about everything in their lives. Meanwhile, Lincoln, who applied to be an internet security officer, finds himself reading these endless emails. It’s not quite what he imagined the new position would be. Once he starts reading these ladies’ emails, he can’t seem to look away. He’s far too entertained and fascinated. Then Lincoln starts to fall for one of the women, but he can’t just introduce himself as the guy who’s reading their emails. It’s light-hearted, fun, and just a completely sweet read. This is such a page turner!

Before I Go to Sleep by S.J. Watson 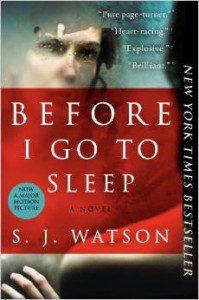 I put off reading this book for a long time, because on Amazon it said the book was a resounding 515 pages and that intimidated me a bit. I decided to get it from the library anyway, and I was elated to find the print length is only about 358 pages. Easy peasy! The book starts off with Christine, a woman who has awoken in an unfamiliar bed next to a strange man. She doesn’t know where she is, or who she is. The man next to her tells her he is her husband, Ben. Once out of the bed and in the hallway, she’s shocked to find a photo of the man that was in bed next to her with a sign that says “husband” along with other pertinent details. Then she receives a phone call, from a man who says he is her neurologist, and that in her closet she will find a journal. Still completely confused, she sets off to retrieve the journal from the closet. Inside, the first thing she sees is a note: “Don’t trust Ben.” This was one of the best psychological thrillers I’ve read since Gone Girl!

The Silent Sister by Diane Chamberlain 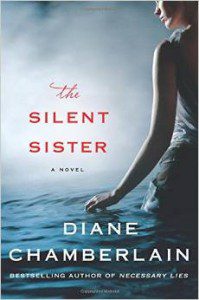 Every time I write one of these book lists, I will have to always include a book by Diane Chamberlain. I’ve actually read three of her books since The Secret Life of CeeCee Wilkes (it was in the list of books I last recommended) and not one has disappointed me. In this book, Riley has believed her whole life that her older sister Lisa committed suicide. At the start of the book her father has passed away and as she’s cleaning out his things, she discovers evidence that Lisa is in fact alive. But why did she run away all those years ago? And what happened to make her run? Another must-read.

The Husband’s Secret by Liane Moriarty 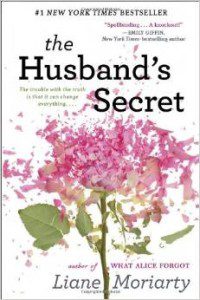 If you haven’t read it, you must! Cecelia Patrick has a beautiful family; she’s successful; she’s a wife and and dedicated mother. One day she stumbles across a letter her husband has written for her to read in the event of his death. But the thing is … she’s stumbled across it a little too early: Her husband is still alive. Rachael and Tess don’t really know Cecelia, but whatever is in her husband’s letter will shatter all their lives as well. Who are Rachael and Tess? And what on earth is in that letter?  You have to read it to find out. This book doesn’t disappoint!

I Love You More by Jennifer Murphy 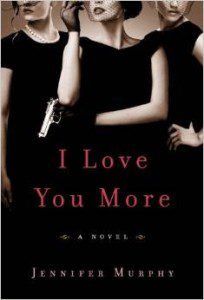 One man with three wives … and a murder? When Oliver is murdered, his wife Diana is the primary suspect. But then police discover there are two other wives. The wives all say that they have never met each other, but Diana and Oliver’s daughter, Picasso, knows that they’re lying. But why are they lying? What do they know — and what does Picasso know? This book paints a portrait of Picasso, who is trying to make sense of her father’s death, and of about the secrets that these women share. This book was another debut by another new and fabulous author! I can’t wait for her next book.

Have No Shame by Melissa Foster 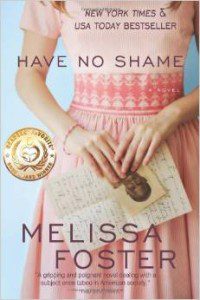 This book centers on civil rights and love — and how at a certain time they just didn’t go together. Allison Tillman is completely content in her existence until one day she discovers the body of a black man in a river. She then starts to question everything she has known and been taught up until that point and starts to see life through an entirely different perspective. She starts up a friendship with a young black man who is one of the farm hands working for her father. Suddenly it turns romantic and she’s forced to make a decision. Loved this book! 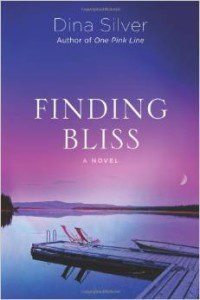 This book is only in ebook format, and it’s by an author that I first discovered a few years ago. I really love her books; she always ropes me in and makes my heart flutter just enough. This book really moved me because it resonated with how we settle sometimes and devastating way things can turn out.  It also showed me how life can also come full circle. It’s about Chloe, who had a troubled mom; this left her longing for a family of her own. One summer, she ends up falling hard for the son of her employer. Upon marrying, she strives to build the perfect life with her new husband; but it doesn’t take long for everything to unravel. I loved Chloe, and I think you will too.

What books are you loving lately? 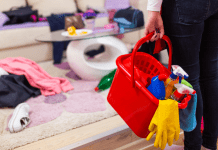 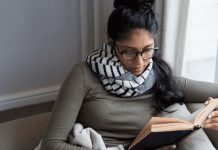 How I Make Time to Read as a Mom 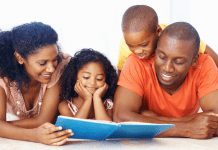