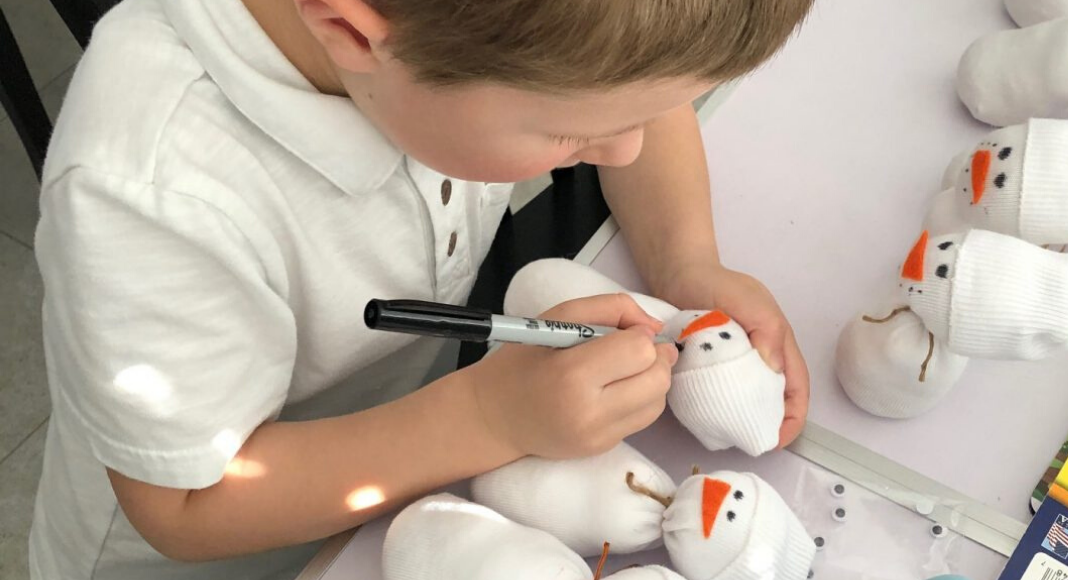 Although we don’t get much snow in South Carolina, your kids can still have fun making snowmen! This is a craft you can do in bulk or you can do using a sock you can’t find a match for.

We started out by making a little assembly line. My son would scoop some rice into the sock. This adds stability and helps the snowman stay up. He then added the soft filling on top of the rice. We tied it off with string right before the heel to make the first snowball. 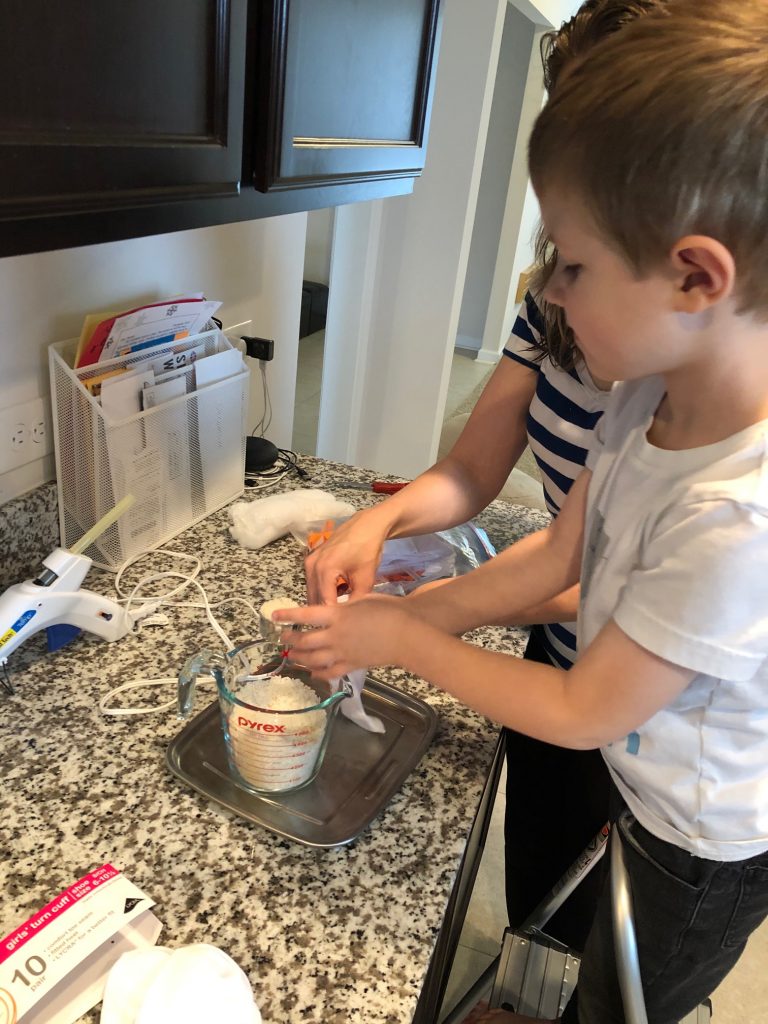 Then he would add more soft filling for the head and I would tie it again. We decided to do snowmen with just two snowballs instead of three because they stood straighter. We also chose to do this because we were making a small army to give away to his classmates and it took less time. 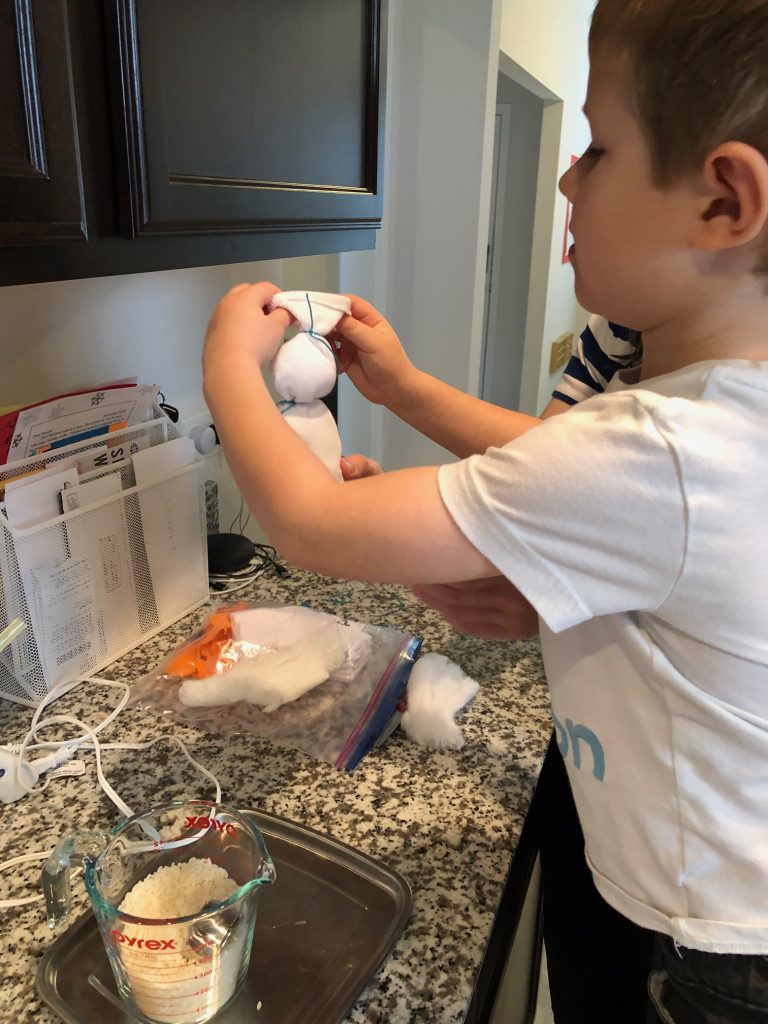 After you tie off the head, you turn the rest of the sock over the top as a hat. I then added two dabs of glue, one in the front and one in the back, to keep the hat in place. 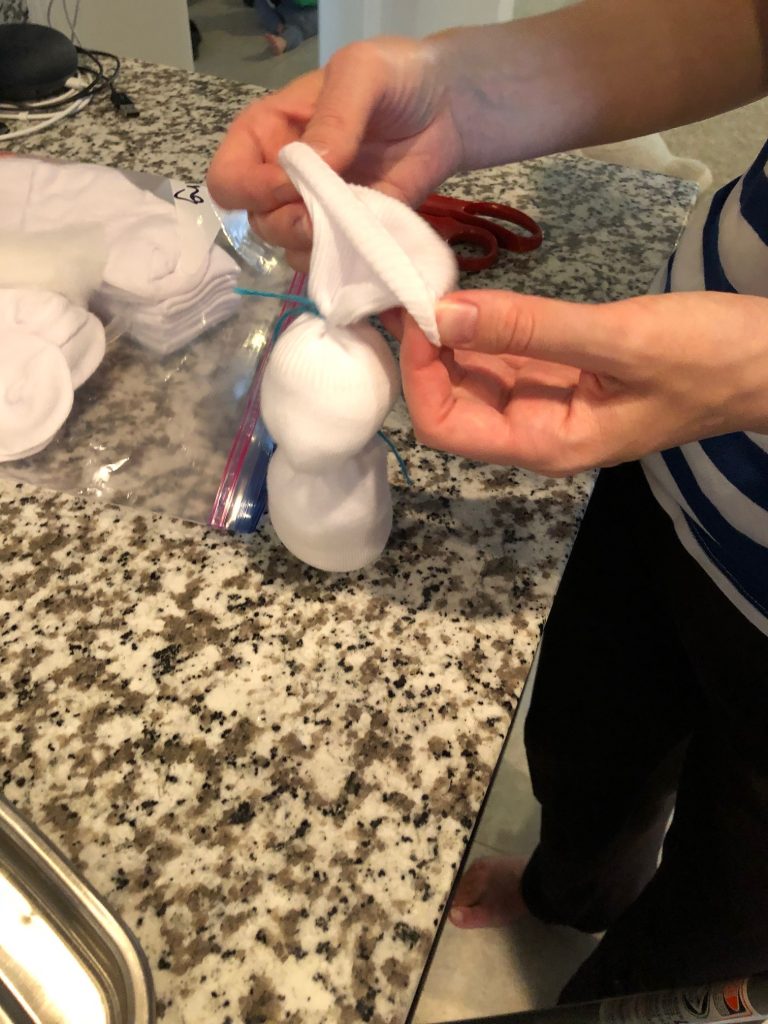 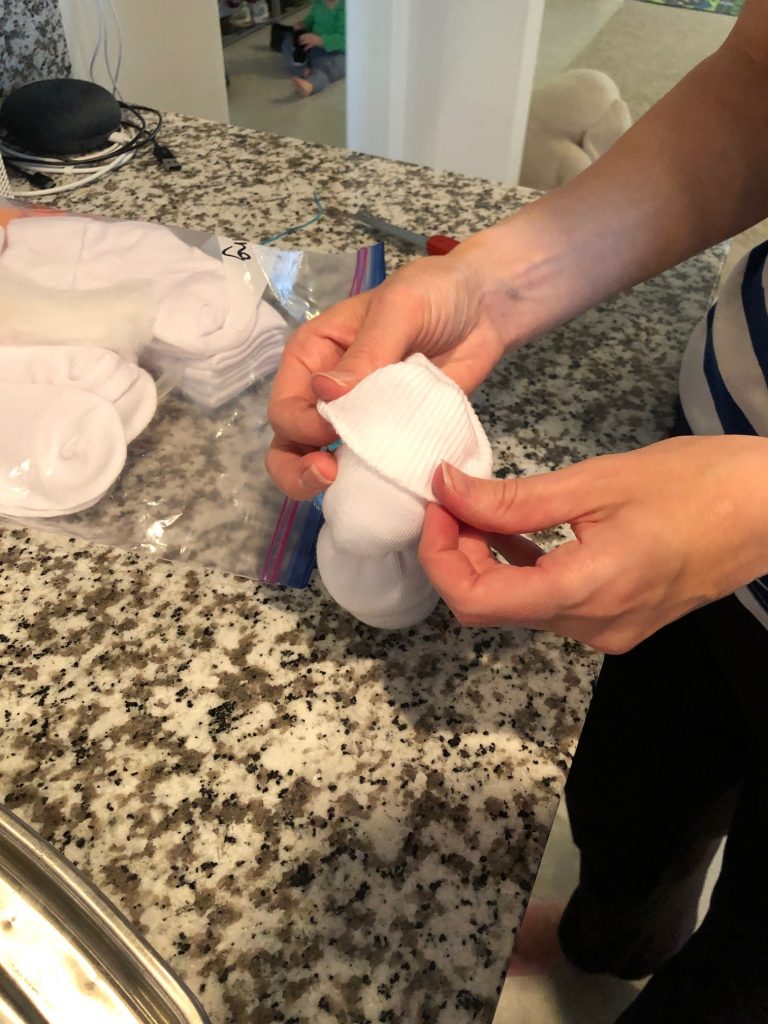 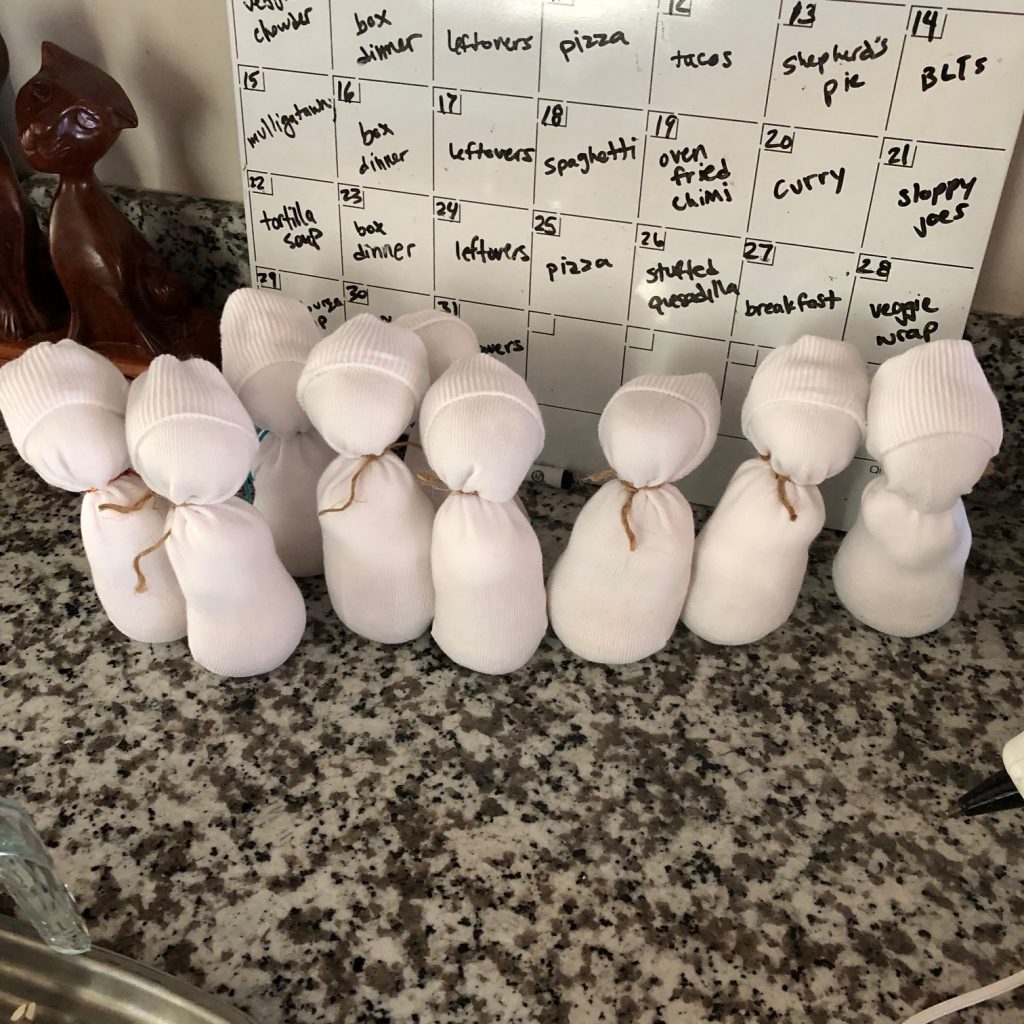 I cut little orange triangles out of felt for the noses and glued them on. Then my son used the sharpie markers to add dots for the eyes, mouth, and buttons. 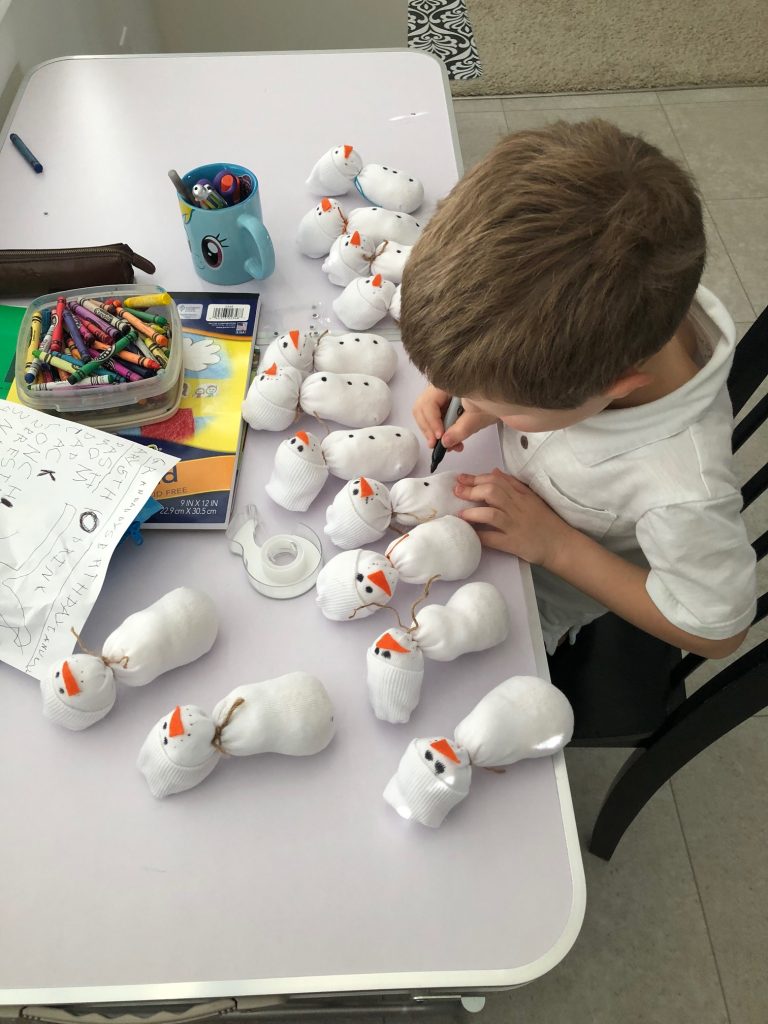 I kind of felt like I was in the middle of “Frozen Fever” where every time Elsa would sneeze, more little snowmen would appear.

I hope you enjoy this craft as much as we did! We made about 18 snowmen, so it took us a couple of hours. I was also trying to let my son do as much as possible. I would say from start to finish one snowman would take about 10 minutes. 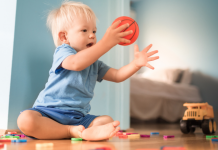 10 Fun Activities to Do Indoors With Your Toddler 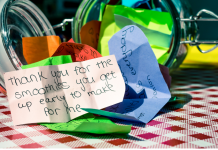 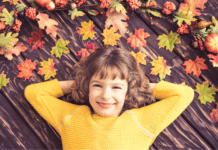 27 Days of Thankfulness {A Thanksgiving Craft for Kids}