When it comes to our children, we want what is best for them. That’s why I get so frustrated every time I hear someone say, “Oh, your child will get there on his own time.”  Not only does this statement come off as a way of diminishing the concerns of a parent, but it can inadvertently cause a child harm if a parent uses it as justification to dismiss their own initial concerns.

Early intervention is the key to our children’s development.

According to the Center on the Developing Child of Harvard University,

“In the first few years of life, more than one million new neural connections are formed every second. After this period of rapid proliferation, connections are reduced through a process called pruning, so that brain circuits become more efficient. Sensory pathways like those for basic vision and hearing are the first to develop, followed by early language skills and higher cognitive functions.”

Because of this period of rapid neurological development early in life, per the research done, a young child’s brain is considered to be more “plastic” which means “it’s easier and more effective to influence a baby’s developing brain architecture than to rewire parts of its circuitry in the adult years.”

I am not a doctor, but I am a mother and my youngest child is on the autism spectrum.

A little over two years ago (around 18 months old), he was identified by his pediatrician as being at risk because he was experiencing some developmental delays. His pediatrician actually noticed this issue before my husband and I did. If it had not been for him, I’m not sure how long it would have been before we truly noticed and acknowledged the delays. And this is coming from a mother who already had two other children (aged 17 and 12 at the time).

After an initial test, the pediatrician’s concerns were confirmed and our son was then qualified to participate in early intervention services (Baby Net) through the state. Baby Net is a free service here in South Carolina. It was during this testing that my husband and I began to understand where our son was struggling and just how important early intervention is.

It’s been two years this month since our son started his early intervention services and began the various at-home therapy evaluations and sessions. These sessions would become a part of our daily routine until he turned three, at which time he could only continue with some type of insurance coverage.

When he started early intervention therapy, our son was completely non-verbal, would not even attempt to socialize with other children, had meltdowns when anyone who didn’t live with him would attempt to speak to him, stemmed a lot, had a lot of repetitive actions, would not sit down in a bathtub, and had a number of other issues we needed to work on.

Today, he has graduated from occupational therapy, physical therapy, and applied behavioral therapy. He is almost ready to graduate from speech therapy as well. He has changed drastically since starting in the early intervention program and I know, without a doubt, that he would not be where he is today if we had dismissed his pediatrician’s initial concerns and withheld early intervention services from him.

In South Carolina, anyone in regular contact with a child (parents, caregivers, doctors, teachers, etc.) who notices signs of developmental delays or struggles in a child can make a referral for early intervention services for that child.

Don’t ignore your instincts. Getting help early has no downfalls; it can only help.

If you’re looking for some sensory friendly local fun for your child, we have a great list of activities you can check out here. If you’re a mom of a child with special needs and are looking for other moms like you, it may be time to work on building your tribe. Check out this post for some tips to help you get started.

Do you have experience with autism or development delays in your family? What has your journey looked like? 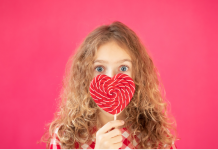 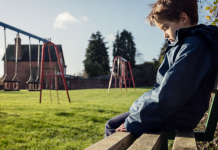 What To Do If Your Child Goes Missing 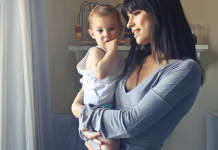 Excuse Me While I Dream About My Parenting

Kimberly Poovey - February 19, 2020 0
Bite of the Week :: Macarons at Ally & Eloise Bakeshop In my years living in Columbia, I have done an exhaustive search to find...