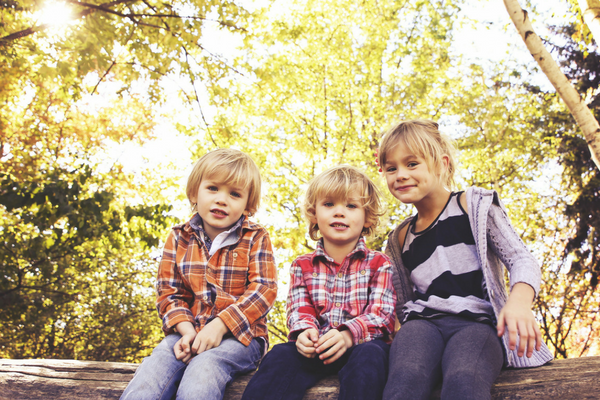 When I was seven years old, my family changed overnight. My parents decided to become foster parents, and one day, as I was riding my bike down the street, a friend came up, pedaling furiously, yelling, “The foster kids are here!”

For the next two years, our family was bigger, and better, than it had been. I did not just have one little brother, I had two, plus a younger sister as well. Our ages were seven, five, four, and two. We did everything together, and with our blond hair and fair complexions, nobody dreamed that we weren’t related. In fact, my foster brother was nearly the spitting image of my dad at his age. Our Christmas pictures showed us in matching dresses and haircuts. We were a family.

Then, when I was nine, the powers that be decided that my foster brother and sister needed to return to their biological parents as quickly as possible, and within a short time, they were gone (don’t even get me started on how bad the foster care system was back then). Our Christmas picture in 1979 was just me and my brother again.

That was my parents’ only venture into foster care. The Air Force moved us the next year, and the timing was never right, I guess, to try it again. But that two-year period of my childhood had a huge impact on me and taught me some important lessons.

I learned that our family can be bigger than our bloodline.

As soon as they arrived, I thought of them as my brother and sister. It didn’t matter that our biological parents were different, they were part of the family. Even though they were our only foster, the idea of opening our home to others persisted over time as my parents welcomed exchange students and others in need of a home into ours. And it persists in my husband’s and my family’s values as we remain open to seeing how our family can be a blessing to those who God brings into our path.

I learned that big families are fun.

My parents married young and stopped at two children, influenced by the chatter of the day about overpopulation, but for two years, I got to be part of a “big” family with four kids – and it was fun! Everything was more active, more chaotic, just MORE (bless my mother’s heart!). That, along with my TV favorites of Little House on the Prairie and The Waltons fed my desire to have a big family of my own, and although my prayers for that have been answered differently than I hoped, my love for and fascination with larger-than-life families are still strong.

My family. My home. My room. My toys. My mom’s attention. Our house wasn’t huge and we weren’t wealthy, but what we had, we shared. I learned early on the virtue in holding my “stuff” with an open hand. Even now, as an adult, physical possessions are not that important to me. They are tools to accomplish what really matters – building relationships with those around me and blessing them as God gives me the opportunity.

I learned how big my problems really weren’t.

My problems at the age of seven were small, but they felt big. Until I realized that lots of children didn’t have the same loving environment that I did. My foster brother and sister had suffered greatly at the hands of those who were supposed to love and care for them. I didn’t understand the extent of that abuse until years later, but even at the age I was, I realized that my problems, compared to theirs, were minimal. That gift of perspective at a young age is so valuable.

I learned how to help.

With the number of children in our home doubling overnight, and with me being the oldest, my mom needed my help. I (mostly) enjoyed that role and didn’t mind being a little mother hen to the younger children. I often wonder if those early years are part of what influenced me later to pursue a “helping” career – I dreamed of being a doctor, a nurse, a social worker, and finally settled on becoming an ESOL teacher, but my bigger vision was anything where I could help others, especially those in vulnerable situations, a vision I have carried into our Naomi’s Circle pregnancy loss ministry.

We are not in a position to be a foster family ourselves right now, but I have such admiration for my friends who have chosen that route. If you are considering it, and are hesitant because you wonder if it will be good for your own children, take my words to heart. Those two years of being the oldest of four, of sharing my home with others, changed me for good – and for my good. Your generosity in opening your family to children in need can bless others, but it will also change your family for the better, forever.

Did you grow up with foster siblings? How did it change you? 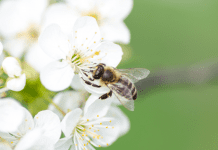 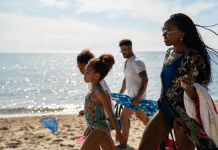 Soaking in the Summer Season