Six years ago, when we lost our daughter Naomi in my second trimester of pregnancy, one of the cries of my heart was that her life, however short it was, would make an impact on this world. She had already changed me, and I wanted to honor her by reaching out to others. That was the seed that began our Naomi’s Circle ministry for parents going through the loss of a baby during pregnancy or infancy.

What I didn’t realize when we began our website, and later our support group, was how many amazing women I would meet through it who had the same vision — allowing the brief life of their child to change this world for the better. This Mother’s Day, I want to honor some of them and introduce you each one, in the hopes that you will find courage and inspiration from women who, having lived through every parent’s worst nightmare, have come through strong, beautiful, and full of compassion for others.

Sarah Hackett is a 35-year-old science teacher in Lexington. She and her husband PJ were expecting their first child, a girl, in 2010 when they learned that their daughter Brienna (“Brie”) no longer had a heartbeat at 38 weeks.

“Losing Brie, giving birth to her and dealing with the long journey of grief after her loss has changed my life completely. I knew I had two choices to make following her loss: it could ruin me or I could turn my loss into good for others.”

In April 2013, she began “Mommy to Mommy Outreach” or M2M Outreach, providing support to families at area hospitals experiencing mid-pregnancy loss and stillbirths. M2M provides a sewn drawstring bag, called a Brie Bag, with a crocheted cap for the baby, a set of cloth diapers for the parents to keep in the baby’s honor, a bear from the Embracing Evan ministry (see below), a book on loss with a bookmark with other suggested books on loss, a poem and a brochure directing them to the Naomi’s Circle website with various resources in the Midlands area.

Rachel Raper and her husband Derek were expecting their second child when their son, Evan Michael, was stillborn on July 24, 2012. Recognizing the need for bereaved mother’s leaving the hospital with empty arms, Rachel began the Embracing Evan ministry.

The Embracing Evan ministry teamed with Mommy to Mommy Outreach (Sarah Hackett’s ministry above), which is supported by Naomi’s Circle, to provide huggable teddy bears to mothers who have just experienced the loss of a child through miscarriage, stillbirth, or infant death while hospitalized at Lexington Medical Center, Richland Memorial Hospital, Palmetto Health Parkridge, and Palmetto Health Baptist Hospital in Columbia.

Mommy to Mommy Outreach has donated over 150 Brie Bags, each complete with one blue, pink, or tan Embracing Evan bear, since April 2013. Rachel shares, “I want each mother who receives a bear to know that she is a mother, that she is loved, and that she cannot bear the weight of her grief alone.”

Alexa Bigwarfe, Author and Founder of the Non-Profit Sunshine After the Storm

Alexa Bigwarfe and her husband Jeff had two children already and were expecting twins in 2011. Partway through Alexa’s pregnancy, they learned that the babies were dealing with Twin to Twin Transfusion Syndrome.

Their daughters Charis and Kathryn were born two months early, on December 10, 2011. Kathryn lived two days and died on December 12, 2011. Charis stayed in the NICU quite a bit longer before coming home, and she is now a healthy and thriving three-year-old.

In 2013, Alexa began to gather stories and “survival tips” from other grieving mothers (including Sarah, Rachel, and myself) into a collection for grieving mothers called “Sunshine After the Storm: A Survival Guide for the Grieving Mother.” She now has a small nonprofit by the same name that raises money and provides copies of the book and small care packages to bereavement groups and hospitals.

Writing about Kathryn, Alexa shares, “I think that had Kathryn not come into my life, even if ever so briefly, I would have never had the opportunity to learn about true compassion and understanding for others and their pain. Her short life and death motivated me to do more, be more, give more… to honor her and to try to keep her in it, in some small way.”

Tameika and Jamie are also writing a book and have started a for-profit public speaking business, Possibilities Institute. Proceeds from the book and the Possibilities Institute will be used to help fund the Foundation’s efforts. They have also spoken to various groups and have been profiled by a few media outlets to bring awareness to the issue of pregnancy and infant loss.

About her son, Tameika shares, “He has touched so many lives in his short time here. We have been approached by so many people who say that our loss has helped them deal with issues of their loss, or brought couples together or helped strengthen their faith. Those stories help us realize that his life has so much meaning and he lives on through the people we are able to help.”

Mary Buckelew and her husband Troy’s firstborn son Bennett was born on January 9, 2013 and lived 412 amazing days, dying on February 25, 2014. They began non-profit, Everyday Heroes, to fulfill the purpose of their own lives and of Bennett’s.

Everyday Heroes, Inc is a non-profit organization that provides meaningful experiences for children with special needs and their families. They strive to do two things for the Midlands community: (1) provide “adventures” for children even if they cannot leave their home, and (2) create an all-abilities, no-limits playground in the greater Columbia area where these kids can safely enjoy time with their families. The Facebook page they began during Bennett’s time on Earth is still going strong, and they see the impact that Bennett has had on others as proof that “someone can inspire and improve the lives of others even if they cannot hear, see, walk or speak.”

Shaniqua Wright-Karanja was in her first trimester last October when she and her husband Benjamin learned  their baby girl, Samantha Angel Karanja, had passed away. Shaniqua was due to deliver by c-section on April 10, 2015, on their fifth wedding anniversary.

Shaken by her loss, Shaniqua asked God to give her something positive. She read in Isaiah 61:3 about how God gives beauty for ashes, and she decided to use her loss to help others. She began the first annual Changing the Grief diaper drive, with drop boxes at Vive Church on Clemson Road, My Gym in northeast Columbia, and Learning Express Toys.The drive began on Sammie’s due date on April 10 and will conclude by May 10. All diapers will be donated to Ronald McDonald House.

She shares that she wanted to “encourage others to, when ready, channel the grief into something good. That doesn’t mean you aren’t still hurting, that you don’t still cry and mourn your precious baby, but that you believe your baby would have made an impact on the world in some way, and since they aren’t here to do it, you will do it in their name. Sammie would be proud. She belongs to a mother, father, and brother who serve. We believe whole-heartedly in helping others, in connecting. It’s a huge part of the mission of the church we belong to, Vive Church. Vive speaks about “bringing people to life,” Samantha would have been right there with us, as we, together with our church, served the community. So her legacy is that, you can still give joy even after such pain.”

If you would like to make a donation to the drive, there is a Walmart Registry set up under Samantha Karanja’s name. You can make a purchase there. Due to time limits, you can set the order to Site to Store (Killian Rd. Walmart 29203) and list Shaniqua Wright as the pick up person. This will allow Shaniqua to pick up the diapers before the close of the drive. For additional information, contact Shaniqua at [email protected].

Sarah Cuevas, Co-Founder of Stillborn: The Arabella and Jett Project 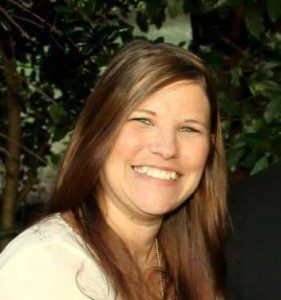 Sarah Cuevas and her husband Ferdinand lost their first child, Arabella Grace Cuevas, who was stillborn on May 23, 2013. She and a friend who had lost a son began an outreach called Stillborn: The Arabella and Jett Project. Through this outreach, they have taken donated wedding and special occasion dresses, transformed them into burial gowns for babies born sleeping, and then donated the gowns and memory boxes filled with information on grief, to Columbia area hospitals.

Sarah has also decided to become a certified Stillbirthday Birth and Bereavement doula, with the goal of supporting such mothers during birth, helping to prepare them to say good-bye to their babies and also transitioning them to hope and endless love.

She says of her daughter, “Losing a child, my first born, was a devastating experience. Feeling a life grow and planning her entire life, for it to be taken has been something that I would not wish on my worst enemy. Everyday I think of her, dream of her, speak to her…but I will not let her death be in vain. I have learned so much about love and beauty and strength, especially amongst the woman who have also endured this tragedy…my daughter is the sunrise everyday, she has driven me to be a better person, and to be a support and comfort to other mommies who will experience a stillbirth or receive a fatal diagnose for their unborn.”

This is just a handful of the incredible women I have met through our Naomi’s Circle ministry. If you or someone you know has been through a loss, please check out our website, www.naomiscircle.org, to find a support group in your part of the Midlands or even beyond, or contact me at [email protected]. 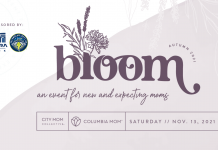 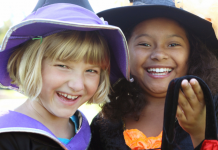 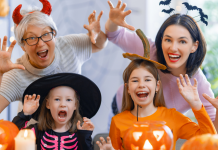