I was born and raised in a small town outside of Tampa, Florida. My father was a New York transplant and my mother was a third generation Floridian. I was a stereotypical Florida kid who grew up thinking orange groves were the norm, the beach was always just “10 minutes away” and Disney World was a nice way to spend a free Saturday with the family.

When I was 14 and about to start high school I moved to a small town north of Raleigh, North Carolina. It was the first time I saw a tobacco plant. I was emerged in a culture I knew nothing about.

I bounced around a few other states (Texas and Kentucky) as a young adult and finally settled in Charlotte, North Carolina when I turned 30. I fell in love with Charlotte – the Queen City. It is a beautiful gem with boroughs of tree-lined streets, bungalow homes, and so many cute bars, boutiques, and outdoor patio cafes that it feels like you will never be able to make your way through them all. I also met the young man who I now call the love of my life and my husband in that city, so there’s that.

In early 2014 – right after we had our daughter, Mackenzie – Bryan’s job relocated us to Columbia – a mere hour and a half south of Charlotte. I hate to admit this, but I didn’t even know Columbia was the capitol of the state. We had driven through South Carolina several times traveling back to Florida or Georgia, but I never paid much attention to it’s offerings.

The first time I visited Columbia was when we went to look at rental homes. I remember thinking “Where are the trees?” as we drove through neighborhoods of new construction homes. We decided on Irmo because it seemed as though that was near all the conveniences we were used to in Charlotte. Plus, right down the street was a Publix – which we didn’t have in Charlotte at the time. And as a Florida girl, that was a HUGE perk. (Have you ever had a Publix sub sandwich? You haven’t LIVED!)

Our daughter was 6 months old when we moved to Irmo. We knew ONE person in the whole city and it was a guy Bryan worked with who was a good friend of ours from Charlotte.

As a new mom, I was isolated anyway. I had no clue what I was doing, so I spent the days walking the stroller at Target and Columbiana Centre. Unsure of how to approach other moms, I kept to myself.

A month and a half later I found a job in my field of property management and thought it would be a nice way to socialize with adults and meet new friends. The job was in the Northeast part of town, so I had to make the horrendous trek from Irmo to the Northeast every single day for a year. By the end of those 12 months, my nerves were shot from having my screaming infant in the car for a solid hour on a daily basis.

We still didn’t have any friends at this point, but I was OK with that because I knew that we were still “new” to the area. I have to say I still didn’t connect with the city at all. To be honest, if someone had asked me if I liked it in Columbia at that time, I would have said a resounding NO. I was lonely and I didn’t care for the fact that the only family friendly activities I could find were the zoo and a place called EdVenture (we only went once and Mackenzie was too young to understand it).

In 2015 we moved to another rental home in Forest Acres, a new area I had never explored. I loved our neighborhood. I felt it was a bit more “our speed” with Trenholm Plaza, Trader Joe’s, and Target so close by.

We even made it out to The Pizza Joint as a family on more than one occasion which was a great place that had good food and beer on tap! And right across the street – Zesto’s for dessert! I had my tree-lined streets and I felt like I would finally be able to make some friends in this new area.

Well, we were only in Forest Acres for a few months before the GREAT FLOOD of 2015 happened. Our home flooded and mold grew in the basement. I was pregnant with Marshall at the time and it was traumatic going through the nightmare of the flood with a toddler and being pregnant.

We realized we needed a new home with space and a two-car garage with a fenced in backyard with our growing family and three dogs. We ruled out Irmo immediately and couldn’t find anything we could afford in Forest Acres. Lexington and Chapin were too congested and far away. Lake Murray was out of the question. We stumbled on Blythewood as we were driving around one Saturday afternoon and fell in love with the development, the town, and the close proximity to downtown (20 minutes).

Once we moved into our new neighborhood and got settled, we had our baby boy and I started to connect with the city. We went to Soda City for the first time and walked around the market with Marshall in a carrier and Mackenzie in a stroller and we felt like we were humans living their life again.

We made friends in Blythewood who invited us to outings that involved more than just the zoo. We went to restaurants again – with the kids. We found sitters who encouraged us to go on a date night. We ventured to Five Points, the Vista, West Columbia, and more. I started writing for the Columbia SC Moms Blog which introduced me to more incredible women and their families and I found lasting friends.

Now I can finally say that I love Columbia. Truly. It was like a courtship that evolved with time. I dated the city and found love here. If you are new to the area and haven’t fallen head over heels yet … give it a few months. Colatown has a lot of love to give.

Are you a Columbia transplant? What has been your experience with getting settled to the city? 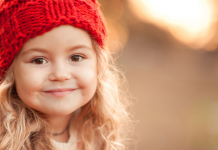 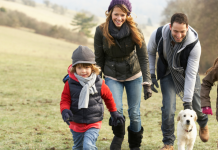