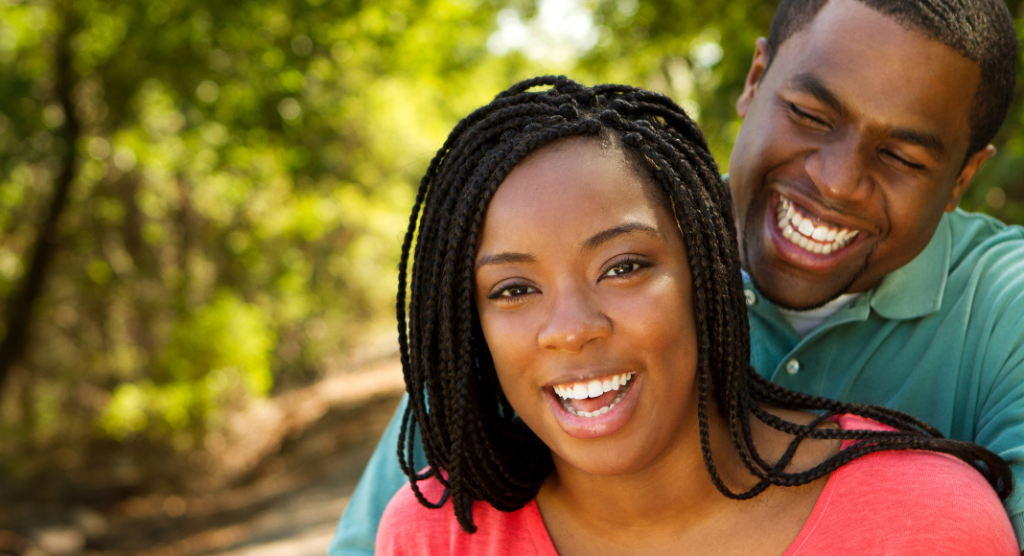 November 21, 1998. I was living alone in my one-bedroom apartment in West Columbia while working toward my undergrad degree from UofSC. My boyfriend of six years came over for dinner. I made his favorite meal; spaghetti w/meat sauce, garlic bread, and tossed salad. It wasn’t a special occasion, I just wanted to do something nice for him. Also, I knew he’d been looking at diamond rings and had sinking feeling he might propose soon.

Sure enough, after dinner and cleaning the dishes, he excused himself out to his car. My heart started beating so hard, I was sure it was going to break through my rib cage in an attempt to escape what was getting ready to happen. I tried to calm down by taking large gulps of air but it only made me lightheaded. I didn’t understand why I was freaking out so much. I mean, really. We’d been together since our senior year in high school. We knew each other and had never even had an argument. Obviously, the next logical step in our relationship was marriage. Right?

My boyfriend sauntered back into my 425 square foot apartment with so much confidence and machismo, I kinda wanted to burst his bubble and just say no. Honestly, I didn’t want him to even whip out the little silver box, go down on bended knee, and utter those dreadful four words at all.

I know… I know. If I’d been with this guy for six years, what did I think was going to happen? We’d just keep going on in the same way until…what? I can’t even begin to tell you what I was hoping would happen, but I can tell you I was completely terrified of hearing those four simple words drop from his decadent mouth. But I did hear them. He did – after I reminded him – drop to one knee and mumbled the words, “Will you marry me?”

No preamble. No grand gesture of his love for me or what we’d built together. Nope. Just dropped down and spat the words out before getting up and placing the silver box on the table in front of where I was sitting.

It took me a moment to come up with my response because, first of all, I didn’t really believe in the institution of marriage. And secondly, I had never seen a happily married woman before in my entire life. There I was, a twenty-four-year-old, being asked to enter into an institution that seemed more like a system of modern slavery than one predicated on love and commitment.

So I said to him… 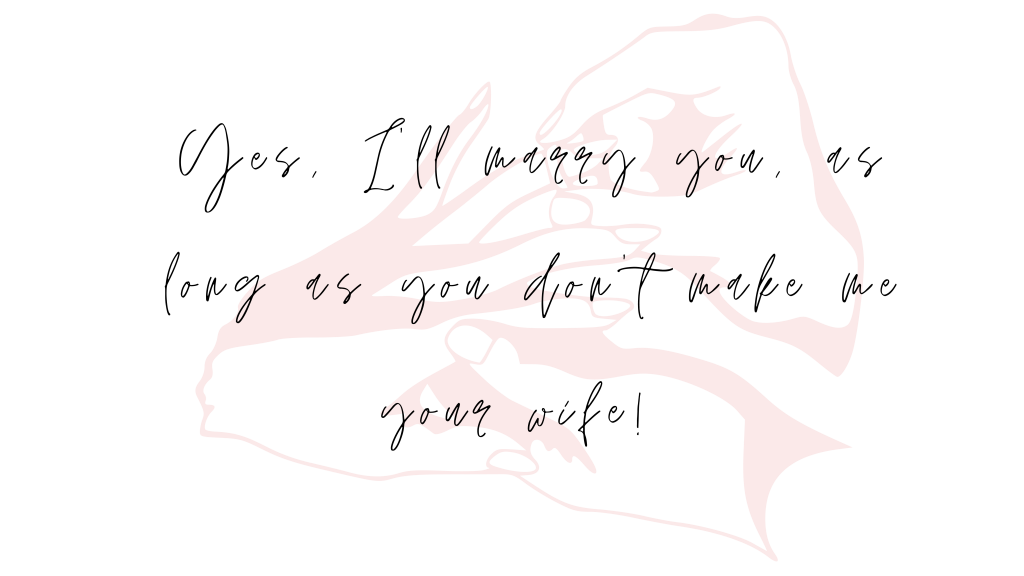 And I meant those words. Every one of them. I believed my new fiancee understood what I meant by those words. I painstakingly explained how I’d never seen a happily married woman before. I told him how I watched the women in my family wither away into hollowed-out versions of themselves while waiting for their husbands’ to approve or deny some request or another. I told him about my fear of losing myself and the visions I had for my life.

Lastly, I implored him to understand my innate desire to travel the world, meet new people, feed my wanderlust. Even as I poured my heart and soul out to him, while he stuffed his face with more spaghetti, I knew as soon as we signed the legally binding document, that he would begin the unconscious machinations designed to transform me from a woman into a happily married wife.

October 16, 1999; a perfect autumn day. A year of planning and spending money we didn’t really have. Sending invitations to people we normally never even thought about hanging out with. Asking other people to stand with us before God, family, and friends; knowing we wouldn’t keep in touch with most of them after the wedding. Finally, walking down the aisle on my oldest brother’s arm trying my best not to cry and turn around to sprint away from the church like it was on fire.

I didn’t. I couldn’t. I loved my fiancee. I wanted to spend the rest of my life with him. So, I made it down the aisle to him. My brother kissed my cheek and placed my hand into the hand of my soon-to-be husband. We said our vows. We prayed together. We lit candles in remembrance. We kissed. We jumped the ceremonial broom.

Pictures are taken at church. So many smiles, my face hurts as much as my feet. We get to the reception hall and the bridal party walks in as they are announced. Joe and I are standing just outside the entry door. I’m desperately trying to muster the happy-happy-joy-joy emotions beaming from Joe’s eyes. Then I hear it…

“Stand up and welcome, for the first time ever, Mr. and Mrs. Joseph Shawn Jr!”

I plaster a smile on my face, grab my new husband’s hand and all but run into the reception hall amongst hoots and yells and congratulations.

That was twenty-two years ago. Joe and I are still married. He did, indeed, make me his wife. It was nothing he did intentionally and nothing I didn’t allow to happen.

I figured I had to become a wife if I was going to become a mother. A partner. But now… our girls are growing up and leaving our home. My oldest starts her second year at Mount Holyoke in South Hadley, MA, my middle girl is a senior in high school this year, and our baby girl is in the tenth grade. Soon, it’ll only be Joe and Ella.

Who is Ella Shawn, the woman? How do I reclaim the woman I pushed to the back burner to become a wife and mother? Is it possible to be a happily married woman?

I don’t know. Those and many other questions led me to start journaling roughly fifteen years ago after the birth of our third daughter. Journaling turned into imagining how the reclamation of my womanhood could work within the institution of my traditional marriage. Those imaginings became the foundation for the writing of my Broken Souls dark romance novel series.

I’m still figuring it out. I have done a lot of work to reclaim the enchanting aspects of my essential self, even as I endeavor to continue to thrive as a happily married woman. I don’t have all the answers. I can’t even say I have most of these answers, but I will say, that I am a happy woman who chooses to be in a marriage with a man I love and respect. The more I write, the more I figure out.

I’d love to hear from you, do you think it’s possible to be a happily married woman? 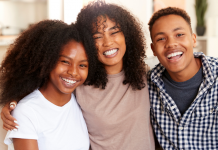 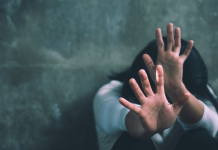 Domestic Violence :: A Local Mom’s Story and How to Help Those in a Similar Situation